Speaking of voodoo. I heard the most heart-felt and sincere argument for large capacity magazines for pistols on Saturday. 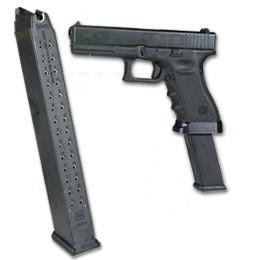 So, when I was checking out gun stores on Saturday as part of my Gunwalker scandal survey, I walked up on a conversation between a counter man and three good old boys about the pros and cons of extended magazines for pistols. Were they necessary, seemed to be the topic of debate. One fellow seemed to be hanging back from the discussion, but paying intent heed to the debate. Finally there came a lull in the back-and-forth and I was about to put in my two cents' worth when the silent chap, speaking with a glint in his eye and in an accent that had to come from Blount County (and Blount County, Alabama, does indeed have its own distinctive sub-dialect of Southern English), said (and I believe I'm quoting him exactly):

"I'll tell you why I want 30 rounds for MY Glock -- 'cause no voodoo cannibal zombie's gonna get MY momma!" And then, as an afterthought, he added: "An' they come aroun' in packs!"

Of course everybody broke up. But, you know, the boy does have a point. 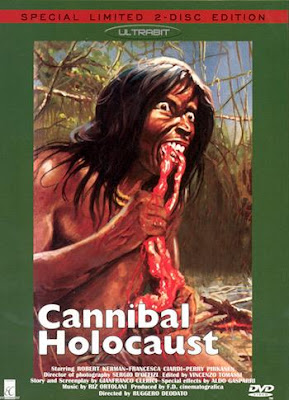 And the voodoo cannibal zombies will be wearing govt. issue.

There was a time in my life when I was pretty liberal that I thought nobody needs such things. I didn't believe in evil black rifles. Now I've come full circle. If they come for mine....they can't have them. I guarantee ill take a few with me. Shame it could come to that but ill quote AP...resist.

Lol, at least he was being honest.

Since zombies are brain-dead morons, I believe that they are real, and that there are many of them running our government. As such, a defense of being to gun down zombies isn't as far-fetched as it may originally seem.

Fortunately, it shouldn't take as many rounds to dispatch the real zombies - they'll go down a lot faster than the movie versions do.

I only have 10 and 15 round mags for my Baby Eagle and Glock 22 respectively but I don't expect to use either of them on attacking zombies. I reckon the FNAR's 20 round mag will do me well since everybody knows you gotta hit a zombie in the head to take it out. One of those tiny little slow-moving .308 Win slugs ought do to the job for a given zombie. So, 20 rounds and 20 zombies. And if I run outta filled mags for the FNAR, I will always have the 2 .40 cals with 31 and 46 rounds respectively. I reckon a .40 cal hollow point will do a pretty good number on a zombie's noggin - no matter HOW fresh they are.

I HATE the whole argument from need thing. Try turning it back on someone using it some time. They get their dander up in a hurry.

I'm quite fine with my mere 18 round flush fitting mags. But if someone wants 30 rounds in their pistole. No politician or the American terrorist force(ATF) should be able to deny them.

I'm waiting for a belt-fed Glock myself.

That guy must have read the Zombie Survival Guide

There's been need for big mags for a very long time:

Benjamin Tyler Henry patented a 15 shot rifle in October 1860(US Pat 30,446), "That damn yankee rifle you load on Sunday and shoot all week".

Within a decade or so of the first successful self loading pistols (the Borchardt, the Luger and the early Brownings), there were straight and drum mags for them, with the several varieties of Luger "Trommelmagazin" holding 32 rounds.

I guess we've had zombie problems for a long time...

Whereas The Enemy Zombies are known for saying "CHAAAAaaaaaannnge!!"

For more information, see this link, or - for an important documentary film - see THIS LINK...