Fly on the wall inside ATF: C.O.W.L. deep-cover agent Waldo presents the alternate universe working inside the heads of ATF upper management. 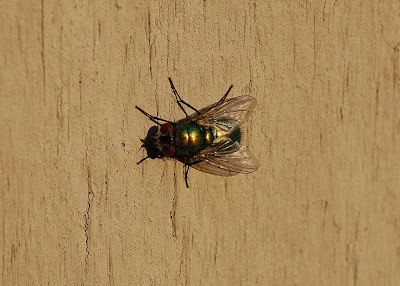 Waldo's secret nano-fly listening device, on the wall at a recent meeting of ATF Special Agents in Charge.

Coalition of Willing Lilliputians deep-cover agent code-named Waldo presents the alternate universe working inside the heads of ATF upper management. Below are the highlights of a recent ATF SAC Meeting. This is only the sanitized stuff, designed to make the source more generic and harder to trace. And yes, as much fun as I'm having with this bit of intelligence (and with the ATF's search for the identity of Waldo) this is the real deal. It is not satire. Some of the highlights:

Waldo's comments have been rewritten but the meaning is intact: Note that Senator Grassley was briefed by a former Secret Service exec brought over by Truscott who hasn’t spent more than a day or two in Phoenix since he’s been here. He has never been an ATF Agent and HE is going to explain the Gunrunner debacle? He could only regurgitate what HQ and Main Justice told him to say.

My comment: Next to Border Patrol union chief Bonner, Traver is the guy most missing in action in this scandal. Does anyone doubt that as the anointed fair-haired boy that he's been completely briefed at every stage of this since at least the death of CBP Agent Brian Terry? I will have more about MIA Traver tomorrow.

AD Mark Chait advised that Billy Hoover has been named as the new SAC for the Washington FD and has been detailed back to HQ to serve as deputy director.

A mixture of my comments and Waldo's: Poor, sad Billy Hoover. He represents yet another Deputy Director who is being downgraded 3 levels in the past six years and nobody is asking "WTF?" After losing ATF's explosive jurisdiction, failing miserably at the ESF-13 (the Bureau component to major terrorist attack), completely dropping the ball on our flagship NRT arson teams, overseeing a complete failure on the SW border, having been in the management loop while ATF dropped from the Top 20 to 41st in best places to work AND with employee disputes rocketing through the roof, Billy Hoover gets to walk across the street to Washington Field division so he doesn’t have to move. Poor, poor Billy Hoover. How much of this represents his consignment to a cashmere-lined "rubber room"? Too highly placed in the cover-up of Gunwalker to cut loose, too unsuccessful to reward, the DOJgers who are now in control of ATF obviously don't want him to get too far away from their oversight. Does this increase the likelihood of Hoover beating Melson to the roll on the conspiracy? I'll wait for the street agent betting pool to tell me the odds.

(Reminder) If we are working an explosive incident we MUST provide the name of the person at the FBI was contacted and when he/she was contacted on all SIR’s. DOJ requirement concerning explosive coordination.

My comment: As if the SAC's needed reminding of how much an abject failure the bomb mission has been.

In the coming months new policy will be coming concerning internal memorandum’s. This is in response to documents that have been recently leaked without proper authorization. ATF needs to protect information until approved to be disseminated to public.

My comment: Yes, well, no doubt about that. But then how do they expect to evade Waldo's nano-fly listening device? And where IS Waldo, really? Hiding in plain sight, of course. 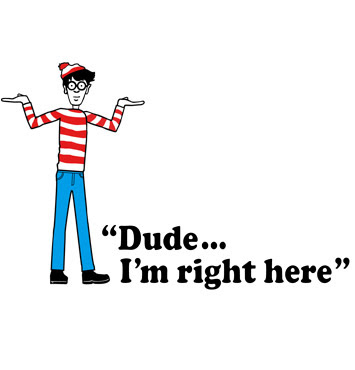 Don't know who Waldo is and don't need or care to but damn, he's good.

These people are right out of Bracken's "Domestic Enemies" book.

I am reminded of that Clancy "creation" in Patriot Games, where Ryan comes up with a way to identify a leak by which version of the information he/she is given. Each having slight changes to indicate who had which copy. Hope Waldo read the book, or is familiar with the technique. Stay safe, Waldo.

They need to be fired before they start a civil war.

"...Note that Senator Grassley was briefed by a former Secret Service exec brought over by Truscott who hasn’t spent more than a day or two in Phoenix since he’s been here. He has never been an ATF Agent and HE is going to explain the Gunrunner debacle? He could only regurgitate what HQ and Main Justice told him to say...

Did you really expect anything else?

How else could they protect themselves at this stage?

It's genius - in its own sick way.

If they sent anyone with actual first-person knowledge they risk unpleasant questions being answered.

This way, he can't possibly spill any beans they don't want spilled since he has no knowledge other than his pre-prepared and rehearsed lines.

Grassley better not let this die...