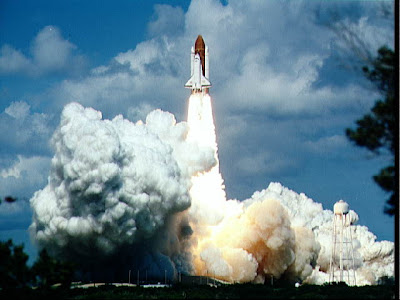 Now this is not the end. It is not even the beginning of the end. But it is, perhaps, the end of the beginning. -- Sir Winston Churchill, November 1942.

Insider sources claiming they can provide testimony and documentation to confirm allegations raised in the “Project Gunwalker” story reported previously in this column are now in contact and/or have been placed in touch with Senate staffers.

As David says, "We have lift-off."

Now keep banging on those Congresscritters to stand down the ATF from major raids until we have the whole truth about Project Gunwalker and the death of Border Patrol officer Terry.
Posted by Dutchman6 at 2:39 PM

I'd like to know which senators they are talking to and if either my congresscritter or senator got off their dead ass and did anything to move this along.

Nevertheless, glad to see some movement in the right direction!

Talking to Senate staffers is a step in the right direction, but I hope those staff members are not being used as a hedge so the Senators can keep this problem at arms length. Even so, a Senate staffer who does nothing about this will eventually have a lot of explaining to do.

It's a bit premature for congratulations, I know, but nonetheless my hat's off to Mike and David for everything they've done thus far. You have my respect, and that's not a trivial thing. I hope everyone reading this has done as much or more than I to help spread the word.

Good show, sir! The next burger at Horse Pens is on me.

I'm not going to Jump for Joy quite yet. Witnesses Talking to Staffers is still a Long way from Hearings,that might still end in Nothing Happening.

Excuse my Pessimism but after the Waco and Ruby Ridge hearings I have little faith in the Senate or Congress(not thier authority but they can put preasure on the Senate) to Actually Convict Anyone from these Alphabet Soup Terrorists Organizations, sill I call my Senators and Congressman in hope that they prove me wrong.

Thanks and congratulations, Mike. I hope everyone in Congress follows through and doesn't let this fizzle out

For one thing, the Brady Coalition's divorce from reality is final.

If that rocket passes Pluto, it may find their missing mental health.

A memorial service for Officer Terry was held today.

I'm with Dennis308 on this. My prediction about our new "conservative" congress is that it will be a repeat of Newt's "Contract With America" in 1994.

In retrospect, that whole show was a placebo. They passed a bunch of bills, but nothing really changed. Business as usual has been the name of their game for decades, and their game never changes.

If you really want to understand our government, there's a manual already in print. You can get it at any used book store, for a couple of bucks. The title is "The Godfather"...