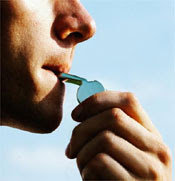 "AP reportedly has copy of Grassley letter to ATF."

One of the ATF sources involved with “Project Gunwalker” (allegations by insiders from the Bureau of Alcohol, Tobacco, Firearms and Explosives that bureau management allowed guns to be transported across the border into Mexico and kept the authorities there in the dark) indicates management pressure is now being brought to bear against at least one suspected whistleblower.

I am told that an agent in Phoenix has gone on record that he is cooperating with the Judiciary Committee, that the ATF office there is retaliating, and that he needs help. I am told the best way to provide that help is for the media to call Grassley’s office and then run with what they are told.

I am told Sen. Grassley’s office has sent a letter to the acting ATF Director’s office and that the Associated Press has a copy of it—so that’s a question for reporters to ask Grassley’s people, as well as their AP colleagues.

I cannot stress enough to our readers: Get in touch with your Senators and Congressmen and demand hearings on the Project Gunwalker scandal, or as the Senate has now named it, the Brian Terry Whistleblower Case. Even if you've done it before, do it again tomorrow. And the day after that. Keep hounding them until they put the hearings on the schedule.