Jeff Knox and World Net Daily pick up on the Project Gunwalker scandal.

Did U.S. agency smuggle guns to Mexico to justify its budget?

There are actually four separate but connected accusations against ATF officials: First, that they intentionally arranged to have hundreds of firearms "walked" across the U.S. border into Mexico. Second, that they instructed U.S. gun dealers to proceed with questionable and illegal sales of firearms to suspected gunrunners. Third, that they intentionally withheld information about U.S.-sanctioned gun smuggling from the Mexican government. Fourth, that one of the guns ATF allowed or helped to be smuggled into Mexico was involved in the death of Agent Terry.

As strange as it is for me to say it, I very much hope he is wrong about this being the "death knell" of ATF -- with its constituent parts being parceled out to other agencies. I very much prefer the the devil I know in rehab than the devil I don't and the prospect of giving the enforcement of America's gun laws (which aren't going away anytime soon) and ATF personnel to Janet Napolitano so she can work them as political police bully boys -- and if you want to talk about uncontrolled and unaccountable there is no worse offender than DHS (thank you George Bush, you sod)-- concerns me greatly.

Absent the abolishment of the federal interest in firearms regulation -- which is a distant prospect at best -- I would rather see hearings, firings, prosecutions and an ATF that at the end of this long day operates according to law, not an agenda, and whose rules, regs and testing procedures are both clear and transparent.

That would, at the least, buy us more time. And time -- to prepare, to train, to organize a credible deterrent to tyranny -- is precious.

In any case, the armed citizenry should continue to prepare for whatever comes. 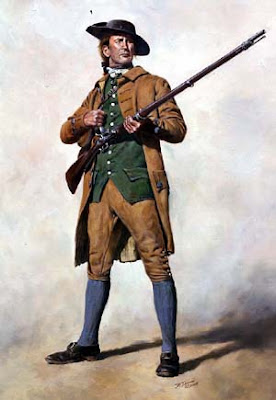 Just take WND with a grain of salt... I had serious dealings with them years ago and wouldn't trust anything I read there without careful vetting. Just saying....

Who are the gun dealers who participated in this.

Name the names or shut the hell up.

"Who are the gun dealers who participated in this. Name the names or shut the hell up."

Well, my angry reader, this blog has already linked the stories on 12-13 December 2010 about Carter's World in Houston to the Project Gunwalker scandal. Senators Session and Grassley have staff who are currently in contact with whistle blowing ATF agents. But if you want more names than that, I suggest you wait for the hearings. I'm stocking up on popcorn, myself. This is going to be good.

For MamaLiberty:
I, too, have dealt with WND several times in the past. And while they are not quite as reliable as Drudge, they are FAR BETTER than ABCNNBCBS and their dead-tree fellow travelers.

Even as much as much as I hate the ATF and what they do(enforce UNCONSTITUTIONAL firearm laws) I have to agree with you on not letting these "duties" being farmed out to DHS.

Oh yea, why are so freackin nice to assholes like angry reader.

Russian being one of the languages not handled well (or at all) by most Americans, we just use the initials.

Carter's World? Would that be Carter's Country?

If that is the dealer you are referring to, interestingly enough in the article you link says the following:

There was no indication that the gun stores named in court documents - Carter's Country, Academy Sports and Outdoors, and Collectors Firearms - had done anything wrong. All three retailers are on the list of top 12 stores.

How does this segue into them helping the ATF smuggle weapons?

It looks like a replay of SA vs. SS. Who wins and where do all the extra pieces go later?
Butch Napolitano just can't quite fill Himmlers shoes, however she may try.

Whatever this specimen is (yet to be determined, and not that it matters) we shouldn't be calling it an angry reader. It clearly cannot read.

@ Dutchman6: Everyone should have popcorn in their preps!

Bottom line is this: Have any American FFLs been identified officially with transecting weapons with the ATF to another country.


From your post it's obvious that you haven't been following this story.

Take the time to do some reading or shut the hell up.

Thos who can, do. Those who can't critisize others...or become building inspectors.

Care should be taken with the dealers involved with this. As far as I can tell, some of the sales were ordered to go through because the ATF said it was part of an investigation. Not sure what kind of paperwork goes with that, but they might not have known the guns would be involved in this debacle.