The El Diario de El Paso is the primary Spanish-language newspaper for the U.S. city of El Paso, Texas. The paper was founded on May 16, 2005 by El Diario de Juárez. It originally started out as a Mexican newspaper circulated throughout Ciudad Juárez under the name Diario de Juárez. In 1982 Diario de Juárez entered into the El Paso business community by opening a small sales and circulation office. The company became incorporated in Texas as Editora Paso del Norte, Inc..

The newspaper has a daily circulation of over 20,000 copies (100,000 readers) throughout El Paso. The paper is intended to reach young, active adults (target audience 18- 35) of Hispanic descent in El Paso.

Founded in February 1976, Diario de Juárez has grown from a 1,000-copy per day newspaper in Ciudad Juárez to now over 100,000 copies daily in Cd. Juárez, in the city of Chihuahua and throughout the state of Chihuahua. Today, El Diario is the fourth largest newspaper in Mexico. -- Wikipedia.

The Spanish language newspaper El Diario de El Paso has published a story on "Project Gunwalker." Per the Google Translate link of the story appearing on the El Diario de Chihuahua website:

Contrary to its policy to stop it, America would be allowing the smuggling of firearms into Mexico intentionally during investigations conducted and the neighboring country without knowing it.

This is one of the allegations have emerged recently in a network by employees of the Bureau of Alcohol, Snuff, Firearms and Explosives (ATF, for its acronym in English), dissatisfied with irregularities alleged to have committed the federal agency. The allegations of arms trafficking were ratified by a source in El Paso.

Can one of you bilingual Threepers do a better translation? 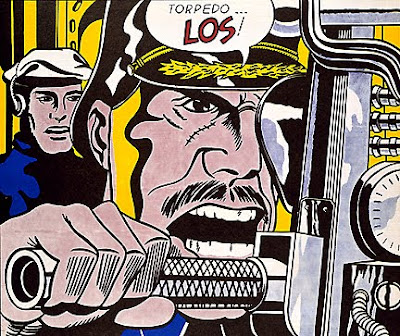 I dunno--I kinda like calling them the "Bureau of Alcohol, Snuff, Firearms and Explosives."

Kinda suggests a link between them and "Snuffy" Pfleger.

I'll send it to my daughter Virginia who speaks it like a native. Don't know if she's by the computer, though.

We knew that. They have quite a long record of snuffing.

Excellent work, Mike. Will it embarrass our American Authorized Journalists into covering this? It would require admitting that they're on the wrong side in the gun rights debate, since it is the faction that has to lie that is in the wrong.
Glenn Beck quoted Progressive Cass Sunstein: "The more we realize that people are human -- that they have a little Homer Simpson in them -- the easier they are to manipulate."
Whereas WE say "Don't take MY word for it, do your own research."

I've sent a link to it to a couple of journalists I know that happen to speak Spanish. Maybe we'll get lucky and get some traction out of it.

We're still looking for Threepers who have mastered ONE language, cuate.

Not exactly 'SHTF' but purt-near...

Quote from the last paragraph, note the last sentence, different story than told in English.

"The lawyer of Carter's Country said in an interview with Fox 26, the ATF told the salesmen to “green light them” so they continued with the sales, knowing full well the arms could go to Mexico. “One said to them that they continued with the sales of three or more assault rifles at the same time or five or more 9 millimeters pistols at the same time to a Hispanic young person that paid in cash”, said the litigant Dick Deguerin to Channel 26. The employee of the ATF that spoke with the Newspaper under condition of anonymity said this happens in all Texas, including the Step."

In your case and that of your state idolater simbiotes, "bilingual" would mean "forked tongue."

Reality will soon provide you with the ultimate correction.

Snuff? They must mean what they did to Vicki Weaver and these pecky little kids at Waco.

Must give Lon a real chuckle.

Jon Threeper shows off the literary strategy of the Threeper community: threaten, threaten, and threaten some more. Producing a few examples of bilingual Threepers would require effort (and prove impossible). Easier to go to the old cave-dweller fall back option and make a veiled death threat.

I have little doubt that the vast majority of the brilliant poets reading this blog agree with Hanns Johst's fascist stylings on the relationship of culture and firearms, though they know not a word of the language in which Johst expressed that relationship.

You do have a way with words. I have serious doubts that anon 8:51 will be able to Babelfish his/her way through that message.

I'm up to my ass, but I'll contact you soon.