ATF Project Gunrunner dog and pony show in Phoenix today. Are they ready to spin the "modified limited hangout" on the death of BPA Terry?

President Richard Nixon: "You think, you think we want to, want to go this route now? And the--let it hang out, so to speak?"

Bob Haldeman: "It's a limited hang out."

John Ehrlichman: "It's a modified limited hang out."

Nixon: "Well, it's only the questions of the thing hanging out publicly or privately." 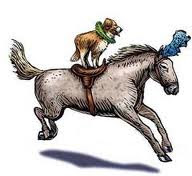 A limited hangout, or partial hangout, is a public relations or propaganda technique that involves the release of previously hidden information in order to prevent a greater exposure of more important details. It takes the form of deception, misdirection, or coverup often associated with intelligence agencies involving a release or "mea culpa" type of confession of only part of a set of previously hidden sensitive information, that establishes credibility for the one releasing the information who by the very act of confession appears to be "coming clean" and acting with integrity; but in actuality, by withholding key facts, is protecting a deeper operation and those who could be exposed if the whole truth came out. In effect, if an array of offenses or misdeeds is suspected, this confession admits to a lesser offense while covering up the greater ones. -- Wikipedia.

Confirmed with two reporters that there will be a press conference at 10 a.m. at ATF in Phoenix. It will be all about how Project Gunrunner is protecting us from the evil American gun dealers. Presumably they won't be bragging about "walking" the rifle south that killed BPA Terry. Whether they have a "modified limited hangout" ready remains to be seen.
Posted by Dutchman6 at 6:52 AM

Is it perversely fascinating that the Watergate incident resulted in NO deaths or injuries and NO release of any US military secrets to our enemies, yet the media played this circus out with leftist court systems, condescending corrupt lawyers ( special prosecutors) and quislings aplenty, all working feverishly to use up good food and oxygen?

Yet in the years of leftist corruption, i.e., the Clintonista years, deaths by the score, political assassinations, kidnappings, terrorist acts by government death squads, the looting and destruction of public finances - all drew not a blink of an eye from Woodward, Bernstein, or the other degenerate scum of the media?
To call the media the 'whores of evil' is a terrible slander to all of the whores of the world.

A lot of people certainly seem eager to believe that whatever the government does is OK. Burn children to death in a church to save them, whatever.
They think FREEDOM is "a cult." It's unnatural. It's dangerous. And God knows our government is powerless before the mighty mighty gun lobby and has to resort to subterfuge to get things done in our best interest. The only thing we can be trusted to do is vote for more of the same.
I can almost guarantee they'll say that even if they DID provide the gun that was used to kill Terry, the secret program which VIOLATES FEDERAL AND INTERNATIONAL LAW is an overall success and has prevented more gun crime than it has enabled. Just like they say about any kind of gun control.

"[T]his confession admits to a lesser offense while covering up the greater ones."

Bill Clinton was a master of this technique, e.g., "I never smoked marijuana. O.K., I did, but I never inhaled."

ATF: "I never ran guns to the Mexican drug cartels. O.K., I did, but I didn't use laundered drug money to buy them" just doesn't have the same cachet. :^)

ParaPacem and Defender,
Spot on. I know people too young to really remember Nixon (my 1st CommanderinChief), but they will screech about what a criminal he was. The media did it's job very well.
The Arizona event is now going to be used to drive in the last few necessary nails to enslave amerika. I do not believe there is any way out for us anymore. The fight is about to begin.