Remember who we are. An American Revival to match the Gaelic Revival?


Gaelic revival (Irish: An Athbheochan Ghaelach) refers to the late-nineteenth-century national revival of interest in the Irish language and ancient Irish folklore, sports, songs, and arts considered to be part of the pre-conquest heritage of the native Irish people and the re-emergance of the Irish language in its native Ireland. Irish had diminished as a spoken tongue, remaining the main daily language only in isolated rural areas, with English as the dominant language of the majority of Ireland. . . The Young Ireland movement of the 1840s, in common with other European nationalist movements of the time, sought a new kind of national identity in the stories and myths of ancient Celtic Ireland. This was seen in the poetry published in The Nation newspaper. The works of writers such as Thomas Davis and Thomas Moore used Gaelic themes, in the words of Kevin B. Nowlan, "to glorify the notion that although we may now be in the mire, we were once great, we were taller than Roman spears."

It is not an overstatement to say that without the Gaelic Revival, there would have been no War for Irish Independence. Bob Wright called me this evening to ask this question: "Are we seeing an American equivalent of the Gaelic Revival?" Bob pointed out the increased interest of people in the Founders, in books about the Revolution and the Constitution, even obscure ones such as The Anti-Federalist Papers. The Country Class has always had a different music and culture than The Ruling Class, but ours is increasingly proud and confrontational, such as the Krista Branch tune above.

Part of what brought this up is that Bob has had a tremendous response to his recent foray into music and has been approached by a professional producer to do a polished cut of "We Won't Buy the Lie No More" in a studio in Albuquerque.

The widespread revival of the Gadsden Flag is a part of this as well. It is adopted precisely because its message is unequivocal, direct and evokes the Founders' revolution for liberty. Sure, we saw some of this in the 90s, but never then did I see "Don't Tread on Me" tee-shirts, ball caps and bumper stickers in the MILLIONS as we do today.

Bob may indeed be right. We certainly could be witnessing an American Revival right in front of our eyes. However, it is important to remember that the Gaelic Revival preceded and laid the groundwork, the predicate, for a bloody war of liberation and then, a civil war.

In any case, we must remember who we are if we wish to remain free. 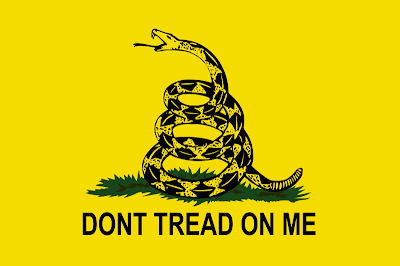 Ya know The Federalist and The
Anti-Federalist papers should be taught in Schools all over this country.(even though they are sometimes pretty dry) Along with the rest of American History from Jr High till Graduation. And yes Bob is right about this American cultural revival that is happening all over this country. Many people are LOOKING at what their History really is and what it is about. And that´s good. Because if or when it come to a fight it will be nessasary for People to know what they are fighting for. I myself had´t given much thought to history since Jr.High and then it was because I had a History Teacher who was very good at what he did, He would raise my Interest and get us look at the Why Something Happened and not just the Date that it happened on.

BTW I´m still looking for speakers for a the RTC Rally down here in Brownsville for the 30th. of Oct. and if either you and/or Bob would care to join us, We would be honored. I think you still have my e-mail address but not Daniel and Pete both do. I sent you a e-mail but as of yet have not received a reply so I figure it must have got lost in the junk file.

Slightly off topic. I just noticed the Doctrine of the 3% on the left side of your page. 300mm X 0.03 = 9mm. So... are you only counting adult gun owners or some other subset of the population? Are you using that "new math" I keep hearing so much about? Does 3%er just sound cooler than 1%er? Or are there actually nine million 3%ers?!