Here's what the hearing is likely about -- No Dem witness list has yet been posted -- and why I just might attend. 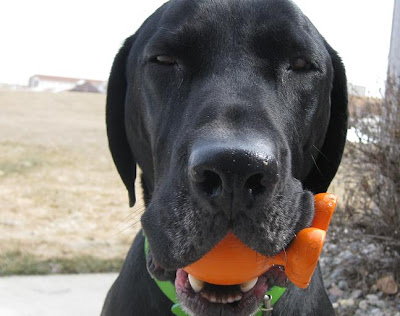 The Washington Post whines "The NRA is working to gut the latest federal gun bill." Of course the prospect of the NRA "defending" our firearm rights is pretty suspect given their past history of compromise. The original bill language, introduced by a GOP senator, can be found here.

Of course, if the Democrats who control the committee are going to get serious about this, it is hardly likely to reduce the ATF's power or ability to engage in Olofson or Red's Trading Post style railroad jobs. They are likely to throw a small rubber bone squeak toy to the NRA to try and get this done before the mid-term elections, with the Cracker Jack surprise of what they really want to be discovered afterward. This is, of course, how they always work.

I spoke with Senator Sessions' office (I am, after all, a constituent of his) as well as with his folks on the Judiciary Committee and the Dems have not yet submitted to them a witness list.

I was also informed that no passes are necessary for this hearing, although I was warned to arrive early.

I think I just might drop in on the "world's greatest deliberative body." If for no other reason than to watch the NRA sellout dogs play with their squeak toys.
Posted by Dutchman6 at 2:54 PM

"Dealers could be fined a maximum of $15,000 a year even when they commit multiple "serious" violations. This is such a relatively paltry amount that it would be unlikely to have much impact."

I don't know a single dealer to whom 15k would be a "paltry amount." I guess those under-regulated Merchants of Death are just rakin' in the dough.

I'm sure politicians on both sides will be pleased with the "modernization" even though ATF methods and attitudes remain medieval. Both will crow about how they protected rights, when the ATF has no constitutional justification for existence.

Senator Crapo et al need to know that there's only one "federal gun bill" that will be acceptable to us.

It will be worded quite simply, "All laws regulating or controlling firearms, knives, and other weapons are hereby repealed."

Nothing less will be permitted by the Three Percent.

To reinforce this, we must repeat this phrase with frequency, "the one hundred year experiment with progressivism is OVER".

Issuance of license subject to review by the Justice Department...

@Pat H.: Bravo. It's called having *principles* -- something the folks in DC simply can't comprehend.

"Laws repugnant to the Constitution are Null and Void."
- Marbury vs Madison

Both are foundations of our country.


New suggestion, for consideration of the committee: "Infringement wages war against the Constitution and the people of these united states. Infringers shall be held accountable for Treason."

All the co-sponsors are Repugnicans except 2, I dont think it will pass and if it does then Barry will show his true intentions about the 2A.

So true Graves 15k is alot of money to MOST Dealers would be Bankrumyed by such a fine.

the NRA, did nothing to stop the NFA of '34, they supported both of the 68 acts, the 86 act, and the AWB of 94. How can anyone expect them to defend our rights on anything?

I saw a blog comment from a gun store owner whose books were found complete and accurate enough for the ATF commissar. You'd have thought he had learned that he had been pardoned by the governor minutes before his execution.
Americans don't have to live in fear.

"'All laws regulating or controlling firearms, knives, and other weapons are hereby repealed.'

"Nothing less will be permitted by the Three Percent."

Three percent is not nearly enough political representation to get such a bill through Congress. It would be a daunting challenge even with 60% voter approval.

The proper venue for such a bill is your state legislature. In Alaska or Montana, you may get half of what you demand.

Supposedly a Palestinian tried to use money from a relative in South Florida in a conspiracy to buy M-16s, AK-47s and C-4 HERE and ship them OUT of the country. In 2009. What interesting timing for this to come to light, eh?
I guess they've run out on all the battlefields throughout the Middle East?

This is one of the stupidest web sites I have ever seen. What a bunch of paranoid pathetic crap. Does it get more ridiculous than this? What a surprise that the blog "author" must "approve" the comments. He probably needs someone to read the words to him, as everything else about this site reveals an ignorant uneducated boor who still believes that owning a gun will make his penis bigger.