Chris "Leg Tingle" Matthews wants me on his show. My reply. "You might want to put some ice on that." 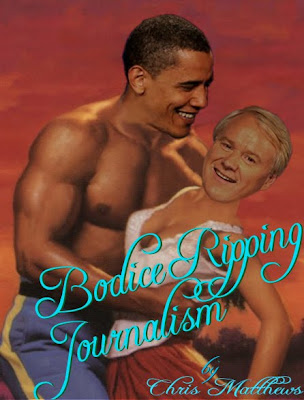 So, I'm trying to recover from the rallies back at the Traveller's Motel on Richmond Highway when I get this email:

So, I watch the show, which they did with Larry Pratt and Skippy Coryell, and then, in the morning, I sent this reply:

I thought Skip and Larry acquitted themselves well, but I am not interested in a rigged, unequal shouting match with your boss. While we did extremely well in getting inside the left-collectivist media's head and using them for the generation of publicity, the event is over. Of course, one must also thank the philanderer-in-chief Bill Clinton as well for denouncing us so loudly and publicly. Surely George Soros who funds the Center for American Progress must be looking at that as another major waste of money.

All that being true, I must say that we couldn't have done it without MSNBC, especially Rachel Madcow. You were used. But, having used you, the Three Percenters have no further need for immediate contact. Get used to it. Sucks, I know. But as soldiers in Iraq often say (and my son is there on his third tour) "Embrace the suck."

Or, as Billy Jeff C. once told a woman, "You might want to put some ice on that."

What? You are not into being shouted over, cut off, having slanderous and nonfactual accusations placed on you, all while that steaming mound of human feces wears his shit eating grin? I can see it now..."You told people to throw bricks through windows?! You are so violent and obviously a racist! Admit it Mike, you may have been born on the moon but you live in Alabama; you hate black people and that is why you asked people to send anthrax to Princess Di! Where in the Constitution does it say to throw bricks Mike?! Our Founding Fathers never resorted to violence, this nation was founded peacefully with a friendly game of thumb-wrestling between George Washington and the King of England...why did you bring a bazooka to the rally anyway Mike?!"

Please let us know what's in their reply, if they reply!

(The rigged shouting match describes that person's show to a "T".)

Mike, you got some good snark goin'.
Keep it up.

Good for you Mike! Of course I feel sorry for you because you watched "SOFTBALL"...... That guy makes me sick.

Great response to Matthews. You know, if Matthews didn't have any guests to shout at, to interrupt....he and his program would go away.

Yeaaaaah. I wouldn't take Chris 'Take Me Now, Obama' Matthews up on any offers any time soon.

What an appropriate name for a producer of a show like Matthews'.

We got some airplay on the Mike Church show this morning!! (Sirius Patriot 144) Thanks to "Slick Willie" Clinton for prompting Mr. Church to inquire as to what "3%ers" were. Apparently someone emailed him the answer, and quickly.

We ARE everywhere. :D