"Tools": ATF, having trouble keeping track of their cartel straw buyers, insists that FFLs who tried voluntarily to help them, now MUST help them. 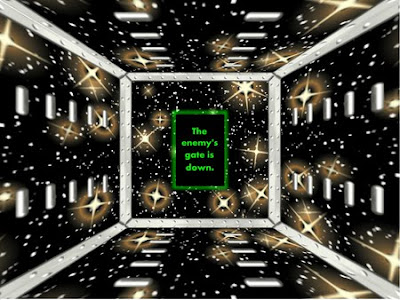 One who lacks the mental capacity to know he is being used. A fool. A cretin. Characterized by low intelligence and/or self esteem.

Issued by the Department of Justice (DOJ), the new rules require border-state gun dealers to report bulk purchases of assault weapons made by individual buyers over short spans of time — a tool requested in December by the Bureau of Alcohol, Tobacco, Firearms and Explosives (ATF).

Many local gun dealers are adamantly opposed to the new rule. The National Rifle Association vowed to file a lawsuit to stop it.

Chief NRA lobbyist Chris W. Cox said the regulation is illegal, and that his organization would go to court as soon as the first firearms dealers receive written instructions from the ATF.

"This is just another attempt by the president and this administration to pursue their gun-control agenda," Cox told the Houston Chronicle. "They do not have the authority by law to do this and therefore it is illegal."

Ironic, ain't it? It is as if the ATF is admitting that it was incompetent (deliberately or otherwise) in the Gunwalker Scandal and was having trouble keeping track of their cartel straw buyers so now they insist that the FFLs who previously tried voluntarily to help them, now must help them.

Of course this is another ratchet on the attempt at back-door arms registration:

A local gun dealer said the rule would not stop cartels, but makes his job more time-consuming and hassles law-abiding customers.

"I do not think it helps nabbing anyone at all," said Jim Pruett, owner of Jim Pruett's Guns and Ammo.

Additionally, Pruett said he is concerned the requirement amounts to a back-door way for the government to compile a list of who has rifles and where they live.

The ATF said the names of gun purchasers will be kept for two years, provided they are not drawn into a weapons investigation. An ATF official said having the list allows investigators to quickly figure out who is making multiple purchases of weapons prized by cartels and determine if they need further scrutiny.

"Not only will it make it more difficult for these traffickers to acquire firearms, it will also make it easier for ATF and law enforcement to identify the traffickers," the official said.

If, that is, they're not already paid government informants.

If the NRA or SAF gets a stay on the implementation of this excrement, which I am told is in the works, then so much the better. I am at a bit of a loss to know how to fight this by civil disobedience as indirect as it is and given the double-bind FFLs are in. Except, of course, by shoving the Gunwalker Scandal right down the Obama administration's throat and gagging their whole anti-firearm agenda to bureaucratic death.

This is designed to distract from Gunwalker. So, we don't allow ourselves to get distracted and instead go straight for the enemy's gate.
Posted by Dutchman6 at 6:45 AM

From my post. I linked to yours. My blog highlights your site.

This is madness at the "1984" level. Malignant narcissism.

Huh. Okay, I was wrong. I didn't expect Chairman Zero to stick his finger in the wall socket.

What does he do, though, if one or more of those states says 'Eh, we're not enforcing that -- and you're not, either.'?

"The ATF said the names of gun purchasers will be kept for two years,.."

Chris Cox is right. This is blatantly illegal.

The Firearms Owners’ Protection Act states explicitly that firearms sales may not “be recorded at or transferred to a facility owned, managed, or controlled by the United States or any state or any political subdivision thereof, nor that any system of registration of firearms, firearms owners, or firearms transactions or dispositions be established.”

CONgress mandated multiple reporting *OF HANDGUNS* in the '68 GCA. That it was unconstitutional is irrelevant to this discussion - we're not going to win that one AT THIS POINT so let's FOCUS, m'kay?

*IF* CONgress wanted the BATFEces to have the power to track sales of multiple LONG-guns, they'd have included them instead of limiting the action to HAND-guns.

Ergo, this "regulation" is illegitimate and unenforceable.

The (hack-spit) NRA-ILA has already sworn to sue the instant the demand-letters are delivered -- apparently there's nothing to fight until they actually start to IMPLEMENT -- the ANNOUNCEMENT isn't enough...

Will we have to wait for THIS one to wend its way up to SCOTUS?

I keep saying it: "THEY'RE NOT EVEN PRETENDING ANY MORE!"

Anyone with 2 brain-cells can see this is illegitimate, yet they continue and will (NO DOUBT) attempt to pull the license of anyone who resists!

Personally, I'd like to see every dealer affected REFUSE -- and we CAN make it happen!

If EVERYONE asked their local dealer if they plan to comply, then tell them "I won't be back until you SWEAR to change that policy!" -- I can pretty well guarantee the dealers would balk! After all: What good is the license if you have no customers?