Headed to Capitol Hill this morning with Larry Pratt to discuss important stuff with official people.

I will, however, maintain my irritating irreverence. 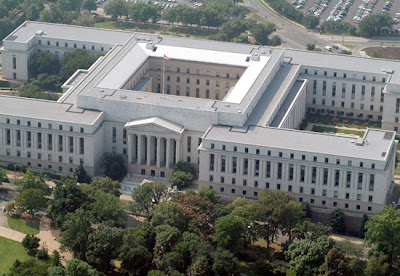 On a not-entirely-unrelated matter of interest, we provide this factoid:

National Security Council (NSC) functions as the President’s primary forum for discussing national security and foreign policy matters with his senior security advisors, cabinet officials, and closest staff members. Created by the National Security Act of 1947, the NSC has become increasingly influential in policy matters and the daily operations of the nation’s military and intelligence agencies over the past six and a half decades. Although the actions and proceedings of the NSC remain highly confidential, under the guidance of the President, its members regularly address the most pressing issues concerning the national security of the United States.

The President, Vice President, Secretary of Defense, and Secretary of State are considered to be statutory attendees of NSC meetings, but they are also regularly joined by the Chairman of the Joint Chiefs of Staff, the Director of National Intelligence, the National Security Advisor, and other executive officials. The NSC conducts its meetings in the White House Situation Room, and the National Security Advisor’s presence in the West Wing provides the President with direct access to research, briefings, and intelligence related to all aspects of national security. During times of crisis, the National Security Advisor is also responsible for operating out of the Situation Room in order to provide the President and other members of the NSC with regular updates pertaining to the situation at hand.

Would that be too much freedom?

Who gets to decide that?

Issa was a guest this morning on Don Imus Show. Gunwalker from the North and South, speculation on Holder resignation (to protect POTUS, thus EH from early demise), as well as the budget/debt Kabuki dance.

Mike, it's going mainstream among the intelligent/affluent 50+ demographic who make stuff happen. This will matter a lot in 15 months!

Gosh, you surely must have a reason for posting this factoid. Do tell. And I hope that it doesn't further, piss me off.

Dude, if you're bringing up the NSC, you'd better have all the dirt you have on these assholes as an insurance policy, mailed secretly to about 20 people all across the country.

Don't worry Warrior Class, we'll get to vote maybe not in Poll Booth, but for damn sure from a fox hole.

And Larry or Mike have other AO's to be watching. We should meet up some time. I'll get some one to send you my e-mail address and phone #. Hey Mike are ya listening.

Authorized Journalist's Obama love drool has made GunWalker dirt into a mud hole rivaling the sticking and trapping power of the La Brea tar pits.

Fossilized remnants of political careers will be teaching aids used as examples of the treasonous corruption that they are.

Subverting and otherwise undermining Citizen's inalienable rights, while using tax payers' wealth to facilitate that activity, will serve as the model for what finally brought Americans back to their senses.

POls all over the place are turning their backs on Soetoro because they know it is all coming crashing down around him, and they want nothing more than to get out of the way as it does. Sure, they are pointing at the childish behavior regarding the "debt ceiling", but that's for show. They know GunWalker is about to explode. And so do we.