Dan Freedman, anti-firearm flack for the gun confiscationist lobby, spins the Gunwalker Scandal for the Caspar Milquetoast liberals of C-Span.

Caspar Milquetoast was a comic strip character created by H. T. Webster for his cartoon series, The Timid Soul. In 1912, Webster drew a daily panel for the New York Tribune, under a variety of titles—Our Boyhood Ambitions, Life's Darkest Moment, The Unseen Audience. In 1924, Webster moved to the New York World and soon after added The Timid Soul featuring the wimpy Caspar Milquetoast. Webster described Caspar Milquetoast as "the man who speaks softly and gets hit with a big stick". In 1927, Webster trained himself to draw left-handed in three months after a severe case of arthritis impaired the use of his right hand.

In 1931, the World folded, and that same year, Simon & Schuster published a collection of The Timid Soul reprints. Webster then went back to the Tribune, where he launched a Timid Soul Sunday strip. He alternated his various features throughout the week: Caspar Milquetoast was seen on both Sunday and Monday. Webster continued to produce this syndicated panel until his death in 1952, after which his assistant Herb Roth carried it on for another year. The character's name is a deliberate misspelling of the name of a bland and fairly inoffensive food, milk toast. Milk toast, light and easy to digest, is an appropriate food for someone with a weak or "nervous" stomach.

Because of the popularity of Webster's character, the term milquetoast came into general usage in American English to mean "weak and ineffectual" or "plain and unadventurous." When the term is used to describe a person, it typically indicates someone of an unusually meek, bland, soft or submissive nature, who is easily overlooked, written off, and who may also appear overly sensitive, timid, indecisive or cowardly. -- Caspar Milquetoast. 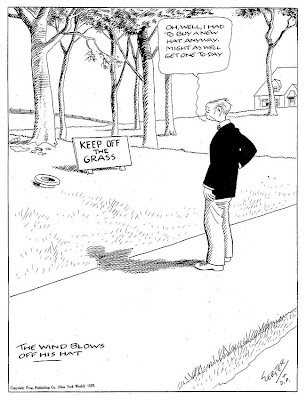 More sound and furor over ‘Fast and Furious’. 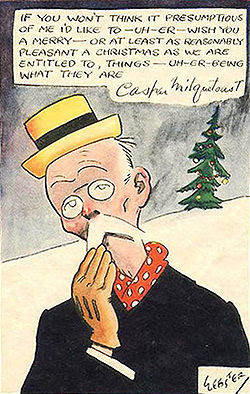 Dan Freedman's avid audience.
Posted by Dutchman6 at 11:57 AM

He sure makes it sound like a huge multi-departmental operation.... interesting take on it. He sure seems to be makes a lot of guesses and says the only reason there is a furor is that Terry died... no worries about the lying, breaking the laws, illegally exporting arms via the cartel, and dead Mexicans (my he doesn't care about brown people).