The stampede begins? Fibbies start to play the leak game. LAT: "FBI report at odds with ATF claim on weapons." 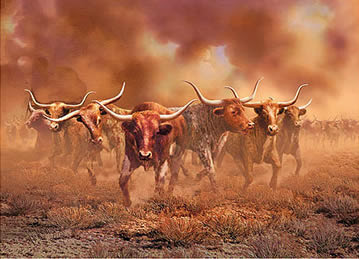 As predicted here at Sipsey Street, the FBI starts to spin their own meme with leaks. A copy of the FBI document shows ballistics tests did not rule out the Fast and Furious guns in the death of Border Patrol Agent Brian A. Terry.

Today the ATF, tomorrow the White House. The biting back begins.

I told a congressional staffer this week that they were trying to put together a thousand piece puzzle with 36 pieces. I also quoted my good friend and old cowboy Bob Wright, to the effect that "when the atmospherics are right, all it takes to make a herd of cattle stampede is a single fart."

What we needed, I said, was a stampede to give us many more pieces to put together.

Did somebody just fart? 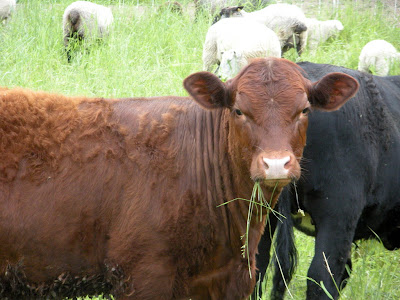 Does it really matter if the gun was a FF gun? Or do the hundreds or thousands or Mexican lives not count?

Now I have to go to the store and get more pop-corn, this is almost getting to be fun. If it wasn't for the FACT that this is MY GOVERNMENT CONSPIRING AGAINST MY RIGHTS!

Meanwhile, Eric Holder is giving speeches on Transnational Organized Crime and how to combat it:
http://thepatriotperspective.wordpress.com/2011/07/26/eric-holders-transnational-organized-crime-strategy/

Well, ShortTimer, it takes one to know one. Who else but Holder should we consider an authority on transnational crime?

"Does it really matter if the gun was a FF gun? Or do the hundreds or thousands or Mexican lives not count?"

If they counted to the movers and shakers inside "The Beltway" there would have been no "gunwalker" and we would be discussing something else entirely.