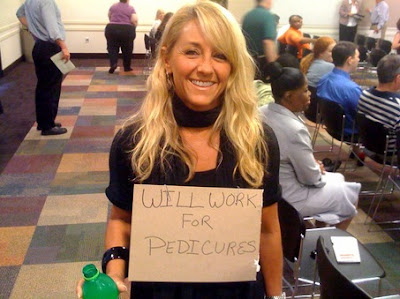 My sincere thanks to Jack Hart for writing our local paper, the Birmingham Snooze, this LTE. It was printed in yesterday's paper:

The July 11 column in The Birmingham News by Mary Sanchez of the Kansas City Star ("Cops, robbers and ... politics," Other Views) is just another example of the bias of journalists.

The Bureau of Alcohol, Tobacco, Firearms and Explosives, an arm of the U.S. Justice Department, allowed multiple illegal gun transactions from legitimate gun stores in Arizona even though the store owners reported them to ATF. ATF told the owners it would take care of it. In reality, the ATF allowed these purchases and didn't pursue the criminals because it had a program operating that was supposed to track the illegal firearms purchased to Mexico.

Yet, ATF didn't notify the single agent in Mexico or the Mexican government. So it's obvious to me ATF was just waiting for the illegal guns to come back across the border and be used to commit a crime. The crime was committed; a U.S. Border Patrol agent was killed.

This program by ATF was obviously illegal and in total disregard to human life. If the bureau had followed the law, these people who made these "straw" purchases would be locked up and facing a minimum of 10-year consecutive sentences in federal prisons, and lives would have been saved.

It should be noted that Ms. Robinson used to be married to a federal agent and her reportage is in some ways dependent upon friendly relations with the local Feds.
Posted by Dutchman6 at 5:19 AM

"Authorized journalists" don't like to publish statements denouncing themselves, and that goes double (triple?) for statements that are backed up by provable facts.

Well one thing we know - this is just a lie: "The Bureau of Alcohol, Tobacco, Firearms and Explosives, an arm of the U.S. Justice Department, allowed multiple illegal gun transactions from legitimate gun stores in Arizona even though the store owners reported them to ATF."

The sales were legal under Arizona law. The transfer of those guns to someone else is legal UNDER ARIZONA LAW. Those gun sales have been going on for years without or without the ATF watching. The gun stores who "reporter" the sales to ATF have nothing to fear except not reporting - which is required.

The stupid stuff people say can be amazing.