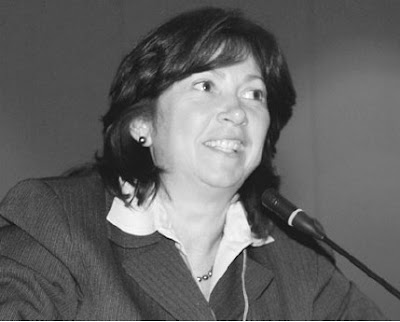 Deputy Assistant Director Julie Torres. The Tampa Honduras cover-up is going on under her nose, and perhaps with her approval.

The source previously reporting that Special Agent in Charge of ATF's Tampa Field Division Virginia O'Brien "ran a gun-running investigation that was walking guns to Honduras using the techniques and tactics identical to Fast and Furious" contacted these correspondents again this evening with this follow-up report:

O'Brien is in full meltdown. She ordered supervisors from around the Division to report immediately to division offices and to plan on working through the entire weekend on the coverup.

Her partner in the bungle was ASAC Scott McCampbell. At one point the case was ready to be wrapped up with arrests and remain relatively efficient but O'Brien and McCampbell decided on their own to keep it going to "get more" against the advise of thier field employees and the walked guns numbers got out of control.

OB is terrified that her intentional concealing of her walked guns is going to do her in since she disregarded orders to report to DOJ and Congress.

Nearly the same culprits above her are on the hook for this. Chait knew about it so did Hoover and Melson. The new player is DAD East Julie Torres. She took O'Brien's old DAD job when OB went to Tampa and has given OB carte blanche to do whatever she wants with little oversight.

Reportedly the shredders are buzzing.

Congress should SWAT team that office with a congressional search warrant.

Is your source British by any chance? Or is that advice/advise thing just a typo?

Congress hell, DOE has more than enough SWAT and shotguns to do it!