Who do you want for a neighbor? An FBI agent or a militiaman? "Mad Bob" gives his opinion. 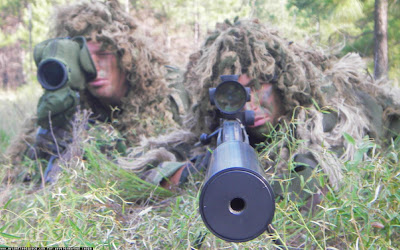 A militia man can´t kick in my door.

A militia man isn´t motivated to arrest me on something in order to advance his career.

A militia man´s salary, benefits and pension aren´t coercively deducted from my pay.

A different country heard from . . .

LATER: Just got a cell phone call from "Mad Bob," commander of the fabled hardcore but shadowy Alabama constitutional militia formation known as the Dogtown Rangers, who signs his emails "MOS 1372." His answer to the above question is somewhat different:

"So I could tap his phone, seduce his wife, corrupt his kids and piss in his swimmin' pool every morning when I got up." 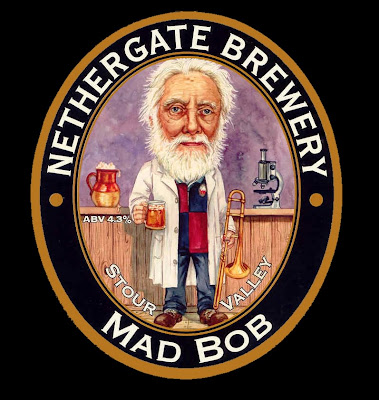 For reasons of operational security, Mad Bob has never had his picture taken. He consented to provide this old family portrait that he claims is his grandfather on his mother's side, "Mad Bob" Nethergate. (Mad Bob has, amongst his many other gifts of demolition prowess and slippery field craft, a definite facility for the blarney.) That said, the image does bear a striking resemblance to our own, present day, fearsome nemesis of the ATF (but much beloved by the people) Mad Bob.
Posted by Dutchman6 at 9:55 AM

Besides which - if a militiaman lived next door then the two houses would be marked a "cadre" and put on the daily grid for FLIR flyovers.
Good to hear that the Dogtown boys are still active. In fact, the scuttlebutt is that they have added about thirty more followers since the SPLC began its harassment. That's what J3 tells me. So say hello to Bob for us.

I got to admit that I "don't get out much' but, I'd have to agree. There is something about "knowing your enemies better" that rings in my head. Of course, there are those of us who are just 'over it'. What will the jack booted thugs use as an excuse against those of this mind set.

Very, VERY rough desision, They say to keep your friends close and your enemies closer, but what would you really learn from an FBI agent living next door to you? He's not going to be holding briefings at his house! And I grew up on a Farm .......with "pigs" They stink something horrible especially in the summer! Who in the hell would want to wake up to that smell everyday?