"Son, you don't poke a wolverine with a sharp stick unless you want your balls ripped off." 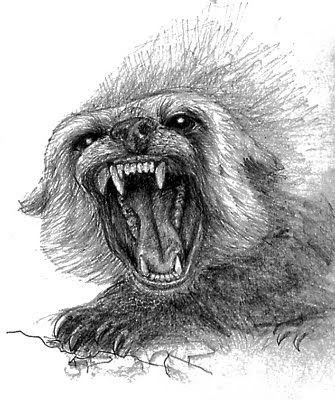 The business end of a wolverine.

Per Pete's request as reported here, I have emailed Declan McCullagh with my response to his column, "Sorry, Mandatory Gun Registration Is Constitutional." You may judge whether my "Vanderboeghian knifework," as Pete called it, is still up to snuff.

re: Your column "Sorry, Mandatory Gun Registration Is Constitutional"

There are things in life that you can do.

There are things in life that you shouldn't do.

For example, you CAN urinate on an electric fence, but it will undoubtedly be a far more religious experience than you had bargained for. Likewise it is with mandatory gun registration.

All this pointy-hatted constitutional "scholar" stuff is good for the sort of parlor chat that some folks favor, I suppose, but in the real world there is for the academician kibitzer and citizen disarmament advocate legal beagle this unfortunate (depending upon how you look at it) set of historical and political truths:

One, universal gun registration is the precursor to gun confiscation, always has been, always will be.

Two, gun confiscation is the absolute precursor to tyranny and genocide.

Three, there are enough armed citizenry in this country who have internalized these lessons to make it suicidal for any would-be tyrant to try, "constitutional" or not. (The Founders would say "not," but why waste time debating the point?)

Ergo, as my Michigan farmer grandfather once told me about arguing with Grandma: "Son, you don't poke a wolverine with a sharp stick unless you want your balls ripped off."

Oh, by the way, WE are the wolverine.

Are we done here? I think we are. 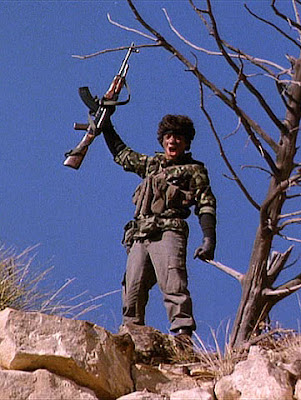 Well said Mike.....
I loved that movie. Not for the acting, but for the underlying message that resonates through it.

I really wish I could make the trip to DC to meet many of you. I'm sure there will be other opportunities with the clown we have in the Oval Office.

Let's let these clowns know that we also can keep lists of "enemies of the people" for later when TSHTF. They really believe they can push their bullshit ideas on the public and we will do nothing? He can believe in registering guns and I can believe in bumping off traitors. Fair trade of ideas?

I wonder how well it would be recieved if journalists had to be licensed and officially registered with the Federal government and employed by certain approved media providers before they could do their journalism gig?

One Op/Ed piece a month!

Let's have reasonable restrictions on the First Amendment!

What this country needs is some real effective word control like they have in China and Great Britain.

We need to close the Writing Contest loophole, where anyone without a background check can write whatever they want.

I call for the repeal of concealed carry of PDA's in National Parks. Afterall, why would anyone ever need a PDA in a National Park?

We should strengthen the current laws against bandying, a dangerous and often fatal act of repeatedly throwing words around. In some states there are no restrictions on bandying at all.

Yet the Feds keep poking and keep poking. Like I sas - the Brits didn't listen either, so keep it up.

I think it worth mentioning here that at 2:53 PM EDT I heard the the cavalcade of Ol' Bummah's choppers coming and I knew that they were going to fly right over my house on their way to the Vineyard. We went out in the yard and gave them our best double finger wave. King Hussein was definitely in Garand range and the thought did cross my mind!
NoName, Falmouth, The People's Republic of Massholes.

oddly enough i jut finished dowloading "red dawn", still an "oldie but goody" and yes, as a poster above said, the message is still clear, as is mike's warning. as well, i see teddy kennedy has finally left the building, i can find nothing good to say about him so i will say nothing at all.