Must read: "The Magnetic Storms of Civil War." 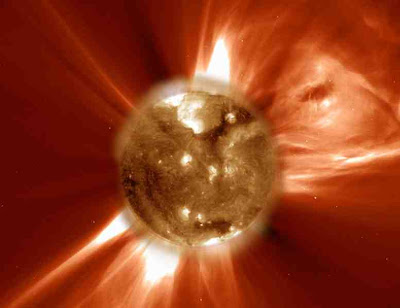 The dollar is in the toilet and threatening to break all support levels. If it does, it may collapse to as low as 40, which will in turn rocket oil north to $300 or more and gasoline to $10!

If that happens, it is too late to stop it and too late to reverse course. What we now know as a middle class will be reduced to sheer destitution - literal destitution.

What are the odds that, under this scenario, some of the billions of rounds of ammunition that have been purchased and stockpiled by Americans who have gotten rather "uneasy" over where our nation is going find their way into unlawful use?

Rather high, I wager.

After all, the banksters may have bought Congress and the White House but they don't own the guns, and a desperate, hungry man is a dangerous man, especially when he was formerly a middle-class American with a good job who had his future, and that of his wife and children ruined as a direct consequence of the lawless, conniving acts of a handful of "elites" who ripped him off twice - first with his "OptionARM" that gnawed his arm off and then again by going to Washington, extorting more than $12 trillion in bailouts, handouts and guarantees with which they paid themselves bonuses instead of clearing their balance sheets...

And then get back to to your preparations.

I have only one Question about these collectivists. After I kill them can I eat them?