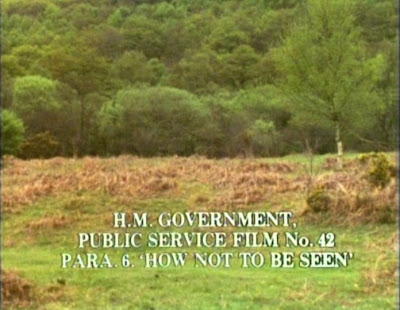 My thanks to typeay for this chuckle, which he entitles: A "Camouflage 101 class failure."

COLUMBIA, SC (WIS-TV) - Richland County deputies say a man spray-painted his face in order to disguise himself during a robbery, but died after he had trouble breathing after the robbery.

Lott says the two men stole wallets, purses and credit cards from employees as well as money from the store before ordering the employees into a bathroom while both men fled.

Lott says Thomas James spray-painted his face in order to conceal his identity during the robbery. Investigators later learned that after the robbery took place, James began having trouble breathing and died.

Witnesses from the store identified Michael Thomas as one of the robbers, and Thomas was arrested on August 17, taken to the Alvin S. Glenn Detention Center and charged with armed robbery.

Richland County Coroner Gary Watts says they are running toxicity tests on James and are waiting for them to come back to learn James' cause of death. Watts said it will take a couple of weeks before the tests come back. 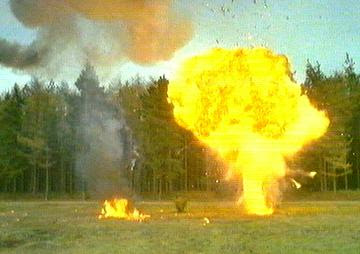 "This demonstrates the value of not being seen."
Posted by Dutchman6 at 10:03 AM

That is why we don't need warnings like these:

Do not put plastic bag over head, suffocation may occur.

Do not use this electrical device while in the shower, electrocution could occur.

Do not ingest this desiccant bag.

By stopping people from doing these things, we are diluting the gene pool with more idiots. These same idiots are voting guys like Barrack Obama into office.

So Adios Thomas James! You were a complete waste of oxygen, and the world is better off without you!

Loved it! Clean the gene pool.
Should this waste-of-breath get at least a nomination for the Darwin Award?

Maybe someone should market such a product: "Krylon Felon- Spray-on face camo for the armed robber". Increase the toxicity, but put a warning label on it (which uses only multisyllabic words).

Do not ingest this desiccant bag.
Which just makes you want to eat them more.

Maybe a bit tangential but I recall a T-shirt which read,