This just in: Teddy Kennedy is still dead. (But there's a new Kennedy brother!) 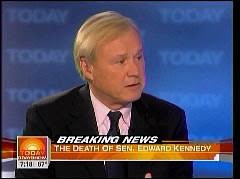 So I'm driving down the road, minding my own business, trying to do a loaves and fishes thing with my disability check to pay all the bills (and not succeeding) when on the radio comes this replay of something Chris Matthews (he of tingling leg fame) said on the Today Show:

And the great thing about the Kennedys is they always grew as a family. They tended to get better as they got older. Some families like the Long family of Louisiana, dissipated. This family got better. The Kennedy commitment to civil rights was almost accidental. It began because of history. '63 and Martin Luther King's march. By Bobby it became passion. By Teddy it became real. And then Teddy turns it over to the first African-American [president] says, "You got the ball." Amazing history. Barack is now the last brother. It's history.

"The last brother?!?" Geez lew-eeze! Considering that, of the four real Kennedy brothers, three-fourths of them died violent deaths, why would Matthews want to assign that to Obama? I thought he LIKED the guy.

That's like all the crap about Obama as the next Lincoln. Why in the name of Beelzebub would anybody want to be "the next Lincoln?" I mean, his election led to a civil war that killed hundreds of thousands of his countrymen and laid waste to a huge swath of the country he was supposed to protect; he despised black folks as inferiors and wanted them sent back to Africa; he ripped up the Constitution in the North as well as South and then he gets himself assassinated.

Why on earth would you want to be, "the next Lincoln?" 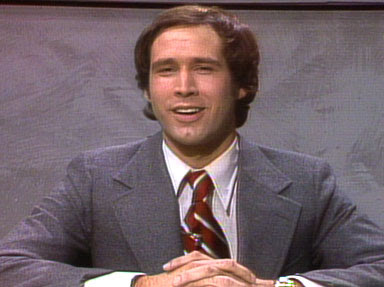 Also, this just in, Teddy Kennedy is still dead. This makes him eligible to vote in Chicago. Mary Jo Kopechne was unavailable for comment.

May he burn in hell. He'll burn quickly too, being well pickled in alcohol...

Ted Kennedy was more than a drunken womanizer, he was a traitor.

I mean an open, meet with the Soviet Union, try to undermine the President and the country, should have gone to jail, traitor.

And they’re going to bury him in Arlington.

Has anyone driven a oak stake through its mass murdering "heart" decapitated it and buried it with a garland of garlic? Until then can we be sure?

ASM826 said...
And they’re going to bury him in Arlington?
After the restoration we can move the venerated traitors to more appropriate venues like Love Canal.

Too bad I'm not close enough to fill the scumbag's grave with manure the morning before the funeral. That'd be worth the price of admission ;)

BTW - about him voting in Chicago? His brothers more than likely vote in Bessemer; my father-in-law did for three years after he passed away.
And Mayberry - he will indeed burn well, but he won't go out. Doesn't the Book say, "Where the fire is not quenched", and in another place, " the smoke goes up forever" ?

Regarding your remark about heathens taking you to task: I'm an old heathen who would be honored to share a fox-hole with you. My inability to believe doesn't change my appreciation of the principles upon which this country was founded. I may have a problem with pretend-Christians, those who don't walk their talk, but this PC crap that any expression of religion _except_ Christianity is OK leaves me nauseated. I'd much rather listen to you praise your God than some imam ululating from the minaret of a mosque in Cleveland.

I lean more toward Jefferson and Franklin, irreverent fellow that he was. But I have no problem with the Judeo-Christian values that were the basis of belief when this country was born, even if I am personally an unrepentant agnostic. To "hell" with those who are troubled by your expression of your beliefs. It was people like yourself who gave us a chance to live as free men, for a while, at least. Until democracy allowed the herd to overrule the rights of the individual. May the Republic rise again.

BTW, as a veteran, I too hate the thought of Ted the Red resting at Arlington. They should have left his ass in Mass.

This just in Kennedy family to be investigated for burying toxic waste on Government property.

I'd back off but they violated the Geneva Convention first!