"There's a real question at stake now. Is President Obama creating a civil war in our own country?" 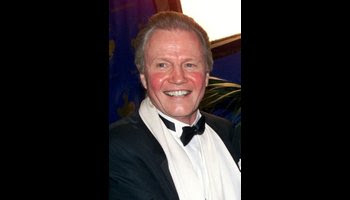 From the, "Just in case you thought it was just you sitting there doubting your own sanity column," we have this:

A tip of the boonie hat and my thanks to cyber-c for forwarding this from the Washington Times.

Voight: Is Obama creating a civil war in America?

Inside the Beltway column

A Hollywood conservative has headed East. It's "Freedom Concert" time for Jon Voight. The Academy Award winner will join Sean Hannity in Cincinnati and Atlanta this weekend to honor fallen soldiers and present college scholarships to surviving children. Mr. Voight -- a warrior himself in many ways -- has been cogitating about the state of America, meanwhile.

"There's a real question at stake now. Is President Obama creating a civil war in our own country?" Mr. Voight tells Inside the Beltway.

"We are witnessing a slow, steady takeover of our true freedoms. We are becoming a socialist nation, and whoever can't see this is probably hoping it isn't true. If we permit Mr. Obama to take over all our industries, if we permit him to raise our taxes to support unconstitutional causes, then we will be in default. This great America will become a paralyzed nation."

It is good to see these words in the main stream but, I can't conjure up much more than a "DUH!" for a response.

“I don’t believe people should be able to own guns.” – Barrack Hussein Obama

“The only path to the final defeat of imperialism and the building of socialism is revolutionary war.” – William Ayers, member of the "leftwing"(communist) terrorist group Weather Underground and mentor to Barrack Hussein Obama

These are the types that are in power .... they have been patient for a long time ... they mean to win no matter what the collateral damage.

"If we permit Mr. Obama to take over all our industries, if we permit him to raise our taxes to support unconstitutional causes, then we will be in default. This great America will become a paralyzed nation."

Maybe Mr. Voight (and Mr. Hannity) should take a look at the Republican congressmen/senators that vote without even reading the bills! And when they do, they continue, with full and blatant disregard of their oath, to support the UN-Constitutional trash. It's to bad the Republicans can't get it through their collective skulls that THEY are just as much the problem as the dems. Its the ol' log in the eye thing...

Bush Bail out(my Republican congressman voted for it), The Patriot Act(he voted for this one to), Presidential directives(and said nothing about these), plus hundreds more non-news making un-Constitutional Bills.