Quit picking on them, they cry: "Communists are people too!" 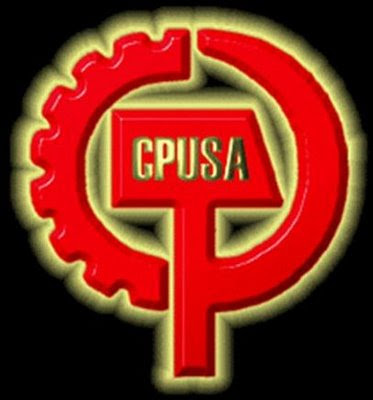 This falls into a general essay I've been working on for a while, with the working title of "American Communists are pussies."

From World Net Daily we have this report that the Communist Party of the United States is crying "waah!" Their complaint? "Quit picking on us. Communists are people too!" Of course, they are, the little wusses, until you give them guns and power and then they become murderous collectivist beasts.

Communists cry to media: 'We are people, too'
Claim 'red-baiting' being used to generate opposition to Obama
Posted: August 18, 2009
10:13 pm Eastern

JERUSALEM – Communists, socialists and Marxists are sick of what they claim are recent "unfair media attacks, stereotyping and vicious slander" against their ideologies and have launched an online protest petition to news media officers entitled, "Communists are people, too."

In a letter published in the People's Weekly World, the newspaper for the Communist Party USA, New York labor activist John Pietaro claims detractors of President Obama have been labeling some of his policies "communist" as a means to scare off supporters. 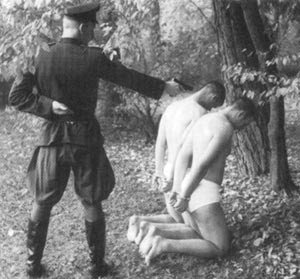 "Red-baiting is back, as a means to stop the even moderately progressive agenda of Obama. They red-baited Obama during the election and are doing so again," wrote Pietaro.

"Health care reform is 'socialism,' we heard in November, but nowadays they are even using the 'c' word. It's part of his 'communist plan.' Consistently, we hear the lambasting of socialism, Marxism and as a result – anything liberal," he wrote.

Pietaro claimed the "attack" on Obama's policies comes from "the monopoly capitalists, the religious Right, the America Firsters, the conservative lunatic fringe, racists and anti-communists, and the Republican Party itself." 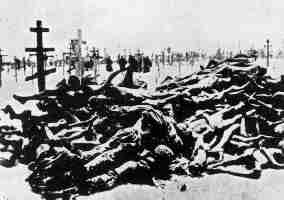 Dead kulaks, victims of the Ukrainian Famine, the deliberate starvation of a class of people thought to be "enemies of bolshevism."

"This assault on all things progressive is serious business, and we need to bring it to the media's attention," wrote Pietaro.

The communist newspaper provided a link to an online petition titled, "Communists are people, too," asking the news media to end the "hate speech" against communists, socialists and Marxists.

"Our simple request is that you as beneficiaries of our ratings put an end to unfair media attacks, stereotyping and vicious slander against us, your audience," the petition states. 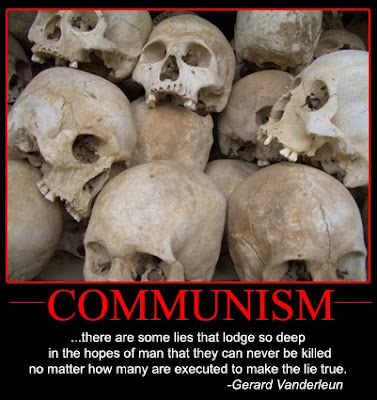 Perhaps we should all focus on using the terms TYRANNY and TYRANT instead of 'socialism, fascism, communism' or whatever other 'ism' is handy.

After all, socialism, fascism, communism, nazism... they are all just different names for the same basic thing - TYRANNY.

Pffffttt!
We, the thinking people of America, have the hindsight of history to look upon. And we see, AND REMEMBER, what Communism (big C and little c) have done to the peoples of the world. So if we denigrate you, and your idiologies, it is because we DO NOT want to come under your power. We DO NOT want to become part of your involuntary collective.

All politics are on a sliding slippery scale, from capitalism at one end, to totalinarism/dictatorship/communism at the other end. And as easy and as rapidly as a society can go from free enterprise capitalism, all the way to communism/et al; it is much easier for a society to go to communism when it is already almost there, at socialism.

We choose to remain free at all costs. Why do you choose to subserviate yourself to the status of slave, and less then slave?

Anyone pi*sing and moaning about the "Commie" label needs to go here and account for these scores of millions of deaths caused by the filthy Reds over the past century:

Eff the filthy Reds and anyone who sympathizes with them.

"Communists are people too"

No they aren't. Unless of course by "people" you mean godless, State worshiping slavers intent on enforcing adherence to their philosophy at gunpoint and administering your "liquidation", should you refuse.

F*ck Communism and all that espouse it!

Thanks for your gift, Mike!

"Quit picking on them, they cry: "Communists are people too!""
Like hell they are mass murdering parasites! Not people.

I will quit picking on communists when they are all dead.

Hell, I just can't stop giggling over the sheer irony of it.

"Quit picking on us. Communists are people too!"

Collectivists, demanding to be recognized as "people". Individual people.

Communist: "We are people too!"

My response: "Yeah, thats what the de-kulakized peasants said to you too before you shot them in the heads".

SERIAL KILLER: A deranged, murderous psychopath who kills victims for kicks, and often keeps records of his or her kills.

COMMUNIST/NAZI/SOCIALIST: State-authorized serial killers with licenses to kill granted by their governments.