An urgent appeal for translation(s) 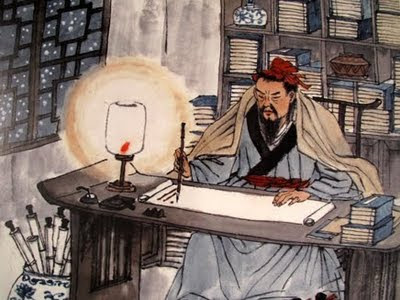 From Pete at WRSA, this appeal has already garnered one excellent translation into Spanish of my call for the victims of collectivism to join us on 12 September in D.C. We need more. And we'll need help distributing them to the various communities. Any volunteers for the Miami Cuban community?

1) Translate Mike's appeal from yesterday into as many of the following languages as possible:

2) The translated texts will be made available on this site and as many others as possible.

3) Leaflets can be made from the translated texts and placed in the respective communities of interest locally.

4) Individual freedom fighters can utilize their own contacts within those communities to publicize and increase attendance at the September DC meetings and subsequent pro-freedom events.

Note: Translators should feel free to make idiomatic and other changes needed to have the American English language concepts translate effectively into the subject languages.

Please post your translations below; I will make separate blog entries for each.

Time is short, so thanks in advance!

Worse yet, another ideological ally of your tormentors occupies the White House.

I'm working on getting Vietnamese done, and I'll send that and the English version to the Vietnamese newspapers in Northern Virginia as it has one of the largest Vietnamese communities in the states, and they should have the best turn out of all the nationalities, I believe. Plus, they are rabidly anti-Communist, though some of the younger have been brainwashed in our public schools. A few months after I was evacuated from Saigon in '75, I attended a Vietnamese celebration in an auditorium in Little Saigon, and American Communists showed up wearing red arm bands, believe it or not. Well, they didn't stay long as they were chased out of the building primarily by the Vietnamese women brandishing umbrellas! One of the most satisfying sites I have ever witnessed.

I really wish I help out with this. I just blew a gasket over at Constitutional Emergency. The III that plan on attending the 9/12 march in DC, should be prepared to fight with fellow patriots.

They really think they can cause change by being polite and PC with their signs, slogans and chants.

They have their panties in a bunch over a flag someone designed. The same people would also take issue with the Nyberg Battle Flag of the Three Percent.

"Mandarin" refers only to the spoken dialect (from the Portuguese "mandar" -- to lead -- as it was seen as the dialect of the leadership class).
Written Chinese is simply "Chinese" and can be read by speakers of all dialects.
The major differentiation in written Chinese is between "traditional" (used principally on Taiwan) and "simplified" (used on the Mainland). Both can be found in overseas Chinese communities.

Is is just me, or are others becoming extremely wary
of concentrating so many "good guys" in one place, and that one in the control of others? By September, GWB's ratings had plummented IIRC. That's nine months, just like now

One maxim in many quarters has been to avoid demonstrations, etc. anything that could be turned into a fight. No Fort Sumters, right?


I am unable to express how fervently I hope I am wrong in this supposition.

I have sent English and Vietnamese editions to the following contact points.