More Friesen court documents: "You don't have the half of it in this case." 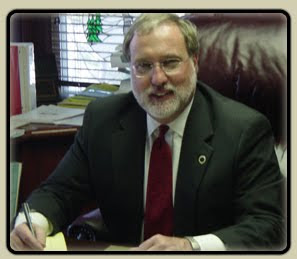 Attorney Doug Friesen, the guy the ATF's "Officer Obie's" had to settle for compelling him to "pay fifty dollars and pick up the garbage" in order to protect their rotten document system. This after spending a million plus taxpayer dollars persecuting him over a period of six years.

Just received this over the transom:

An acquaintance called your Sipseystreetirregulars blog to my attention, in particular the hearing involving Federal District Judge Tim Leonard. You don't have the half of it in this case, and I'm going to send you what I have or know of.

One is a link to other public documents from the Friesen case, obtained from the Pacer system, posted by Joshua Prince.

The rest of what I'm sending you is largely information, because other documents pertinent to the NFRTR (a major aspect of the Friesen case) have not been released yet. Mr. Friesen has them and is getting ready to send them out. These documents are important because., e.g., the impact of the Motion in Limine on the NFRTR cannot be fully appreciated outside the context of these documents. The reasons are that these documents are a sample of NFRTR data pertinent to the case; that the technical examination of the STENs discloses that none of them fully match their NFRTR descriptions (a discrepancy in "overall length" between Mr. Friesen's STEN and its NFRTR description caused the trouble); and the Motion in Limine establishes that ATF has been aware of such problems since at least 1995, and that ATF, and the Inspectors General of the Departments of Justice and Treasury have been aware of it and continue to cover it up. The documents needed are, in particular:

1. The technical report by Len Savage, with photographs, of the descriptions of the 25 STENs registered on Form 2 by Charles Erb, none of which match their official NFRTR descriptions.

2. The technical report by FTB of its examination of the same 25 STENs.

3. The 25 "blue seal" certifications of the ATF's NFRTR. I have one example that Mr. Friesen sent me recently, but none of the others.

4. An analysis of the discrepancies between the 25 STENs that were physically examined, and ATF's descriptions of these same 25 STENs in the NFRTR.

Finally, you may not have listened to Mr. Friesen's interview about the case:

I have no more information about the Friesen case other than the foregoing. Of course, there is a writeup and transcripts of the first Friesen trial that have been posted for some time on the NFAOA "Resources" page.

I'm now confused.
Did he loose the STEN to the BATFEcesses as part of the deal or not.

If he lost his property to those thugs, how is this a win?

It's seems that many people think that if you give into the Tyrants a little less than they want you to give, it's a win. In my opinion it is a loss. If the judge would have dismissed the case entirely after it was shown that the NFRTR is flawed, that would have been a win. Unfortunately, this country is full of people that think that 1 step forward and 3 steps backward will eventually restore the Republic. You can bet that if there was the chance for losing a single beer or the ability to watch sports, all hell would have broken loose. We should just get it over with, dig up the founding fathers and kick them in the nuts over and over again. We've been using the Constitution as toilet paper for so long that people think it's the way things must be.