Washington Post's boo-hooing over ATF's "limitations" forced on it by the "gun lobby." My email in reply. 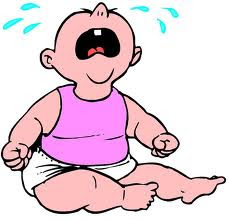 The Washington Post weeps "ATF's oversight limited in face of gun lobby." In a story by Sari Horwitz and James V. Grimaldi and starring all the usual federal guncop suspects familiar to Sipsey Street readers including "Waco Jim" Cavanaugh, the Post anguishes over their "lack of resources" and other terrible ordeals forced upon these tax-paid bureaucrats.

I could critique this, but I'm sure other bloggers such as David Codrea will do a better job at that. Here, however, is my reply email to the authors of this tearjerker.

You KNOW the answer to your final questions. But it's nice to put them out there anyway. Not that WP is EVER going to put that where anyone will be able to see it. The stench is overwhelming,

Thank you as always for your efforts on behalf of OUR liberty.
The NPR Juan Williams case brings to light the plan for the Federal Communications Commission's increasing control over the major media. The Post probably thinks being loyal to the Leviathan will keep their own chains loose and light. We know better.

I reckon they'll do the research you suggested about 3 weeks after washing pig shit off the roof of their respective automobiles.

I read the executive summary at CleanUpAtf.org. Mondo scary shit that.

Well, that pretty much smacks the ball to their side of the court.

Too bad they're not actually principled and objective journalists. Then we might see some real news reporting instead of propaganda and indoctrination.

But that would be assuming that their editor wasn't also an informational gatekeeper and uber-manipulator, protecting all things Marxist. But it was a nice try.

So is Sari married to our good friend "El Guapo"? The geography would be about right, as would the attitude.

Good Luck Mike and I would have that published in every outlet possible.

"Popcorn (along with the rest of us) Says Fuck You":

If we see an honest journalistic investigation into these things, we will need to watch for it with quick eyes, and almost as quick "save" buttons.... since the honest journalist behind it will probably be dead shortly after....

Perhaps the ATF should hire more folks for their tracing center instead of giving every field agent a custom engraved multitool. That article didn't eeven approach mentioning the fraud, waste, and abuses of the ATF.

I sent this to the Post after reading the first article in the series. Anyone want to give me odds that this will ever see ink in their pages?

I just read your first article concerning the Hidden Life of Guns. If I may be so bold as to summarize:

1) Certain gun stores have higher incidences of so-called "crime guns" that are traced back to them.
2) The number one store mentioned, Realco, has been subject to numerous inspections over the years, every one of which revealed that Realco has scrupulously complied with the law, and that most "crime guns" traced back to the store have therefor been the result of illegal "straw purchases", of which Realco had no knowledge when the original purchase was made.
3)The guns are traced back when a person who is legally barred from having a weapon is in fact found to be in possession of such a weapon.

So basically you've spent the last year putting together an investigative series demonstrating that Realco operates in an area where the local citizenry goes out of its way to circumvent or outright subvert the law. You are then shocked and amazed that people willing to break the law to purchase a weapon that they are legally barred from owning further break the law by using the weapon to murder, maim, or intimidate (which, I believe are also illegal).

Is Sari Horwitz related or married to Joshua Horwitz? Demographics and locale match up. I, as a half-breed JEW, and PATRIOT, tried to speak to him on the phone once and he talked in circles for a half hour without saying anything to explain why he didn't believe in the founder's republic and the ability for people to defend themselves. Serious moron. He THINKS he's smart but he's not and now he has a wife that's a SHILL that works for the WashPo?

Was really funny talking to him on the phone, he's a SERIOUS lawyer who won't say anything but uses a lot of words to not say anything. COMICAL if he wasn't so EVIL.

What was the Friesen case?

Here's an overview on Friesen, Anon.