Along the lines of things everybody knows but are usually too afraid to say, the subject of ATF Economic Wacos rears its ugly head. 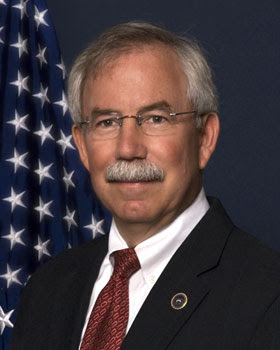 In a post at Subguns.com on the subject of the vagaries of ATF policies and procedures, a fellow calling himself Iron Horse Tamer offers his technical opinions. It is his last opinion, however, that rings indisputably true.

We can't know for sure how the ATF thinks however, this is what I've been able to put together over the years.

1) Sear host must be in the same family as the intended weapon.

2) The sear host should use the same fire control parts in the same relative telemetry as the original.

3) The new conversion caliber should not radically increase the destructive capacity of the weapon. Changes in caliber that weaken a firearm such as sub-cal conversions are preferred.

4) Concern is raised when new uppers do not use the lower for ammunition feeding as originally designed. Note that in addition to the shrike using the same caliber, also preserves the ability to use mags as originally intended.

5) Open-bolt uppers face a high level of scrutiny as they can usually be made to function in absence of a lower without much effort.

6) New weapons made from existing receivers, side plates or tubes should not require modification of the registered part, such as cutting, welding, or drilling.

7) No party testifying against the ATF will ever get anything approved.

Of course there are minor exceptions to all of these (except perhaps the last one).

#7 is absolutely true. This I know from observed experience.

When Kenneth Melson took over ATF, there was a brief moment when it looked like scientific standards and fair treatment might take over.

Now it seems he's just another corrupt gun cop covering up for the rest, willing to stand by while economic Wacos are perpetrated by his agency on FFL holders and firearms designers and manufacturers in revenge for their political opinions, their truthful testimony in court, or both.

Mike
Coalition of the Willing Lilliputians
III
Posted by Dutchman6 at 10:14 AM

Damn. Guess nobody's going to argue for the other side..

Guess the truth kinda stands on it's own.