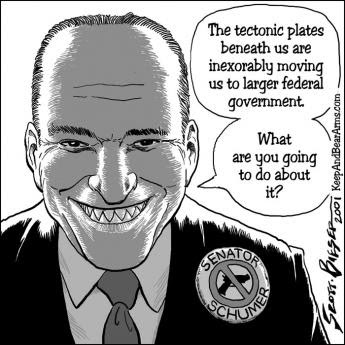 When he looks in the mirror, I'm sure Chucky assures himself that he is. There are folks that such a prospect might frighten. Not me. In fact, I would be happy if that potential turn of events goes from his lips to God's ears.

Indeed, I would be as happy as a pig in excrement after a big meal of fodder from the Unintended Consequences Feed Store.

Follow my logic: We know from experience that Senator Jeff Sessions, who is poised to become the Chairman of the Judiciary Committee, is at best half-hearted on the subject of ATF oversight and constitutional government. In this he is no different than most of the old RINO bulls in the Senate.

Ole Jeff is like the old mule who the farmer had to hit in the head with a two by four every time he wanted to plow, just to get the critter's attention. Putting Jeff in as second fiddle might help him concentrate his mind on earning that slot in two years. Remember a minority member can ask embarrassing questions of a witness under oath just like a majority member can and we'll certainly have the House majority necessary to chart the investigations over on the other side of the Capitol. 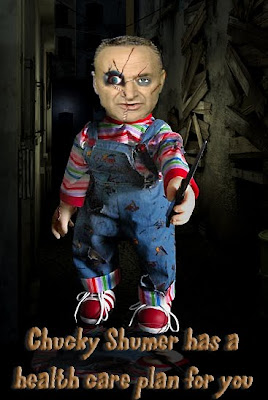 Second, Chucky as Majority Leader would help concentrate the minds of the credulous and half-hearted on our side. With him in charge, the gun issue comes roaring back with an undeniably more left wing body of congressional Democrats.

Third, with Chucky in as Majority Leader, we have a better chance of getting an anti-firearm Supreme to tilt the balance. This would be outstanding. Does anyone here seriously think that with the Constitution and the rule of law being in the debilitated shape that they are that we're going to be able to roll back a century of infringements by mere political actions, elections, etc., WITHOUT a fight? Do you really think that immoral collectivists are going to give up meekly, curb their appetites for your life, liberty and property, and go home, take out their tyranny dentures and drink constitutional Ensure? As an ex-communist who knows the way they think, I can tell you that they certainly will not.

Given that, a re-ruling on Heller would get some of the Fudds into our trenches where they belong. We can use all the help we can get.

Chucky Schumer as Majority Leader? I LOVE it!~!~! 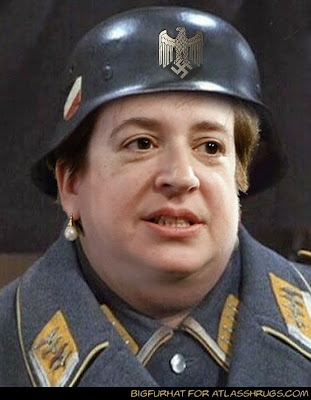 "Remember, boys and girls of the Obama Jugend, you don't have to be anti-Semitic to act like a Nazi. Heil Schumer!"
Posted by Dutchman6 at 10:03 AM

It's cool, ian't it, when the evil ones LOOK evil, as if they were cast by a movie director?
Don't get intimidated. Laugh.
Watching my country turn into a Third World outpost over a period of 20 years -- it's not a race issue but a politico-socio-economic one -- losing my job and our savings, as Congress votes itself pay raises for good performance...
I'm not doing much with the rest of my life anyway. Schumer can schume all he wants. When we've had enough, we'll let him know.