A Three Percent Catechism: "How would you choose to live and die? On the golf course?" 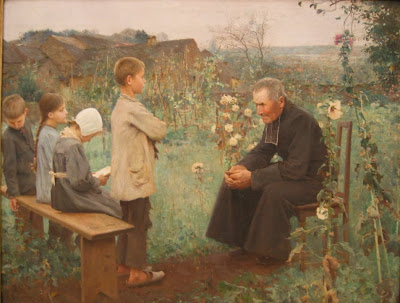 A catechism (pronounced /ˈkætəkɪzəm/; Ancient Greek: κατηχισμός from kata = "down" + echein = "to sound", literally "to sound down" (into the ears), i.e. to indoctrinate) is a summary or exposition of doctrine, traditionally used in Christian religious teaching from New Testament times to the present. -- Wikipedia.

I have read nothing that better expresses the Three Percent Catechism.

LATER: A deep bow and flourish of the boonie hat to Female III. I have printed this out and posted it at my work station.
Posted by Dutchman6 at 9:37 AM

How appropriate to read this the day after your excellent tribute to General Von Stauffenberg and company. They could have enjoyed a life of comfort and privilege if they had chosen to "go along to get along." Instead, they dared greatly and took that leap of faith into the cold, cold water. And their countrymen let them sink. And we know how it happened. Small surrenders imposed for "the greater good."
There ARE no small surrenders when the issue is freedom.

The most inspiring statement I have read in a very long time; most excellent!!!

How about one of Jeff Cooper's favorites, "How Did You Die" by Edmund Vance Cook

...
Death comes with a crawl, or comes with a pounce,
And whether he’s slow or spry,
It isn’t the fact that you’re dead that counts,
But only, how did you die?

There is another Hebrew word for Schumer's buddy:

Those who attack me will be met with all of the strength and determination of which I am capable, and I will die doing so if necessary.

But I will never seek to do the attacking and will never be glad for the death of anyone, however necessary.

There are people in history we admire because they were faced with extraordinary events and rose to the occasion.

Our turn to become the people we admire may be on the way.

I want to die 2 weeks after my 104th birthday; shot by the jealous husband of a 20 year old.

Fighting to protect my family ain't half bad, neither. If, by my death, I can buy 5 minutes of liberty for my family I figure it'll be a bargain.

Outstanding post... and she really nailed it to the wall.

I don't know if God exists, and if this is the way it treats its people I don't have much use for the country. So I don't care about their enemies. Who makes a country its enemies but its government?

But I know who MY enemies and the enemies of those I love are, and I can think of worse ways to live and die than to fight them.

I've been on a golf course. Boring.

In any case, a golf course is the willful and deliberate misuse of a perfectly good rifle range.

I am grateful to be facing the enemy of God and my country because it is a chance for me to inflict great damage upon them. Nobody gets out of this alive. I choose to live and die fighting the enemy. What a great time to be an American.
THANK YOU MIKE, CLOSE TO MY HEART THIS IS ..SO CLOSE I FEEL I COULD OF WRITTEN THIS. I PLAN TO POST THIS WHERE I CAN.UNLESS YOU CAN GIVE ME NAME TO ATTRIBUTE THIS QUOTE TO A PERSON I WILL EITHER PUT IT ANON OR REWORD IT.

You will not face that enemy alone. We'd be proud to count you among us.