NRA's Judenrat seeks to retain Hermann Goering as head of the Gestapo in preference to Heinrich Himmler. 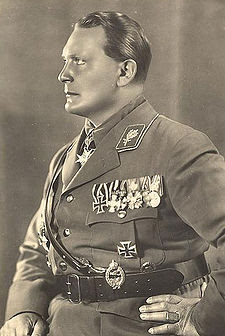 When Hitler was named chancellor of Germany in January 1933, Goering was appointed as minister without portfolio. He was one of only two other Nazis named to the Cabinet (the other being Wilhelm Frick) even though the Nazis were the largest party in the Reichstag and nominally the senior partner in the Nazi-DNVP coalition. However, in a little-noticed development, he was named Interior Minister of Prussia--a move which gave him command of the largest state police force in Germany. Soon after taking office, he began filling the political and intelligence units of the Prussian police with Nazis. On 26 April 1933, he formally detached these units from the regular Prussian police and reorganized them under his command as the Gestapo, a secret state police intended to serve the Nazi cause. -- Wikipedia.

Margaret Carlson on the NRA's soon-to-be endorsement of Harry Reid.

On 20 April 1934, Goering formed a partnership with Himmler and Heydrich. Goering transferred authority over the Gestapo (Geheime Staatspolizei), the Prussian secret police, to Himmler, who was also named chief of all German police outside Prussia. On 22 April 1934, Himmler named Heydrich the head of the Gestapo. Heydrich continued as head of the SD, as well. -- Wikipedia. 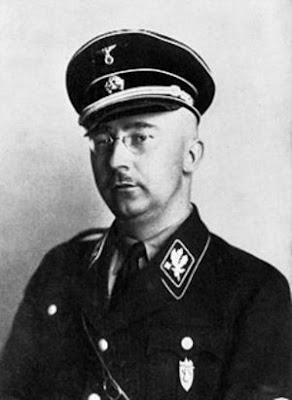 Choosing between the lesser of two tyrants just gets you enslaved more slowly.
Posted by Dutchman6 at 9:10 AM

I've been getting a lot of email's from GOA on why Harry Reid must be defeated. They were kind enough to provide a voting record.