One more provocation. One more assault on liberty. Several more for the list of the recusationers. 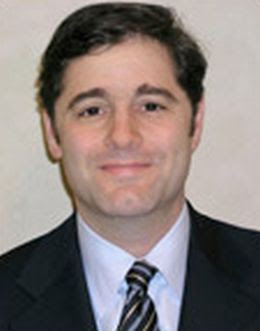 My thanks to Pete at WRSA for this link.

Despite opposition by a House of Representatives majority and a bipartisan group of Senators, the Federal Communications Commission on Thursday is expected to proceed with plans to impose federal government regulation of the Internet, which would essentially treat broadband networks -- and the companies that invested more than $200 billion in private capital to deploy them -- as utilities.

The commission's chairman, Julius Genachowski, and his staff have insisted that imposing federal regulations originally written in the 1930s for the telephone is the only way the Obama Administration can gain the "kind of oversight and control that we need," says an FCC staffer with ties to another Democrat commissioner. "Look at the Gulf oil spill, that's what happens when we let corporations just do their own thing without any accountability. We can't allow that to happen with the Internet. We won't allow it."

Hmmm. "We won't allow it." I guess he's never heard of Wiley Fortner and his merry recusationers.

Ten thousand lawyers, indeed.
Posted by Dutchman6 at 4:45 AM

Nothing to see here folks ... move along.

We were all warned that it is natural for governments to grow ... even in a republic.

If IT exists, government will eventually regulate it, tax it, and reserve the right to take it over.

When our, and our childrens feet and hands are fettered with chains, we'll show them! We'll beat them to death with our tongues!

Should this trigger someone or something in the OK?

The way I tell it is
Q. What do you call a thousand bureaucrats scheduled for execution?
A. A start. Not a particularly good one, mind you, but a start.

Q. What do you call 10,000 lawyers at the bottom of the sea?
A. Green Peace's worst nightmare.

Q. What do you call a thousand lawyers in a landfill?
A. Waste of a perfectly good landfill.

Damn good read there, Dutchman. I just hope it comes out before the "emergency" this fall. I want to read the whole thing. Damned well KNOW I won't get to after martial law is declared and the internet is essentially shut down and the publishing industry is controlled.

I agree with (wasn't it) Big Jon that one simply MUST use proper language when taking action against a lawyer such as William Jefferson "That depends on the definition of the word 'is'" Clinton.

When do you expect Absolved to be finished?

Let 'em think so. It'll make the look of consternation and surprise on their faces sooooooo
much more enjoyable!