The NRA Judenrat rides again in the Kagan nomination -- and yes, they're trying to give her political cover, the ass lickers. 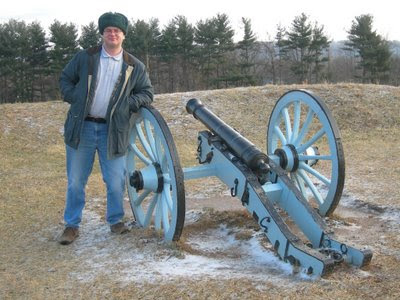 David Codrea's take on the latest ride of the NRA Judenrat.

Here is General Sebastian Snowflake's inevitable apologia for the latest NRA asslicking of the Obamanoids. I guess that makes him an asslicker's asslicker. Or as the Germans would say "Arschlecker."
Posted by Dutchman6 at 4:25 PM

I had a lifetime membership to the NRA.

I resigned that membership yesterday.

I cannot be a member of any group that suddenly finds itself without a backbone due to bending over to cover it's own ass.

there are too many hunters in the NRA that lack the ability to understand that they're next on the enemies list.

Do they WANT to lose more paying members?

The NRA has been likened to the 800-pound gorilla, as in "Where does an 800-pound gorilla sit? Anywhere he wants to."
Except it looks like this 800-pound gorilla has adjusted well to life in captivity inside the Beltway, eating and mating all day, and beating up competing apes, putting on a good show of dominance, but really, when the Zookeepers tell him what to do, he whimpers and does it, because he gets more treats that way.

Halbrook also testified against Sotomayor, which was an issue because he is likely to appear before the Court at some point on a Second Amendment issue, and I don’t think it was wise for him to have gotten involved in a confirmation hearing in this regard.--General Sebastian

Translation: You are going to lose no matter what, so why not suck up to your enemies now so as to better enable you to suck up to them later?

Ye gads! This Jesuitical sophistry used to be the exclusive provenance of Bill (What is "is"?) Clinton but now it has become standard fare for NRA apologists.

I did not renew my NRA membership this year, either. I bought more ammo instead.
Thom
III

There's audio of an NRA staffer saying something like "We had to subordinate the First Amendment to save the Second." Is the Bill of Rights a cafeteria menu and there's limited room on the plate? As far as my liberty impinges on no one else's, I want it all.

The UK NRA has been an active part of the UK establishment's "gun control" efforts since the 1920's. They are very much a part of the problem not the solution. There is certainly clear evidence that the US NRA is heading the same way, albeit more slowly and with less apparent enthusiasm.

At least in America you have GOA and JFPO.

Actually, come to think of it, the US NRA showed its true colours in 1934 but, unfortunately, American gun-owners and patriots were asleep at the wheel.

Well, if Sebastian comes near, offer to have a conversation. He will run away screaming as he did from me. Evidently the threat of conversation scares him shitless. Is it any wonder he is good little lapdog?