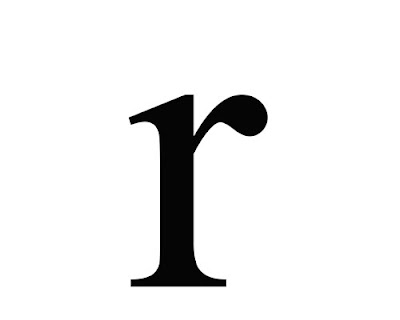 When the WP reporter asked me to characterize my politics, I told him I was a "Christian libertarian small-r republican." And moments after I posted the goodnight below, I had this link pop-up as I was closing out my emails.

Enjoy, and NOW I am going to bed.

It's Tea Partiers and Republicans against the elitist Democrats

America’s current political war is less a struggle between the Left and the Right than one between populism, represented, however imperfectly, by the “big R” Republicans, and the elitism of President Obama.

Obama is so extremely elitist as to blithely torture, and possibly destroy, the Democratic Party itself.

An article in the March 15th New Yorker, “Obama’s Lost Year,” by George Packer, contains a telling detail about the White House decision-making process, noting that “… the surest way to win Obama over to your view is to tell him it’s the hard, unpopular, but correct decision.”

Small "r" republicanism neatly is summed up by the Wikipedia: “Citizens choose their leaders and the people … have an impact on [their] government.” Republicanism is the antithesis of elitism, of which monarchy is the extreme form. Our president is, in spirit, a modern monarchist.

The Gallup poll invariably shows that about 40 percent of Americans identify themselves as conservatives, while 20 percent are liberals, and 40 percent are independents.

Behold a law of nature, “the 40-20-40 rule,” and call it “Bell’s Postulate,” after Jeffrey Bell, author of the defining modern classic, “Populism and Elitism.”

By placing himself in opposition to the popular will, and treating this opposition as a virtue, Obama aligns himself with the spirit of monarchy. He takes it as a virtue to thwart the consent of the governed.

Our “Mr. President” makes inappropriately deep, cringe-worthy, bows to the Emperor of Japan and the King of Saudi Arabia because … Obama is, if not exactly the King of America, the crown prince of an elitist/monarchist faction self-styled as “Liberal.”He knowingly sacrifices his, and his political party’s popularity and legitimacy, on the altar of elitism.

Thousands of Tea Party Patriots descended upon the Capitol March 16th to oppose the health care bill. Hundreds of thousands flooded the Capitol Switchboard in protest. Millions will assemble to petition the government for the redress of grievances on April 15.

Meanwhile, the White House launches elitist salvo after salvo, including more bailouts, cap and trade (under which, in Obama’s own words, “electricity rates would necessarily skyrocket”), proposals to gut teacher accountability, and to expropriate the Internet. Obama’s elitism intensifies daily.

Pollster Scott Rasmussen may have written the most important book for this moment, “In Search of Self Governance.” Rasmussen summarizes by saying “Americans don’t want to be governed from the left, the right or the center. They want to govern themselves. The American desire for – and attachment to – self-governance runs deep.”

What is at stake today is identical to the stakes of the American Revolution itself. It is a battle between those who respect republicanism and those who reverence elitist rule.

From our very beginnings, only 40 percent of us supported republican principles and could accurately be called populists. Another 20 percent were monarchists in support of centralized command and control; they were elitists.

The prospects of the original revolutionary republicans often were dire. Thomas Paine, on a drumhead by firelight in Gen. George Washington’s camp wrote: “Tyranny, like hell, is not easily conquered; yet we have this consolation with us, that the harder the conflict, the more glorious the triumph.”

Ralph Benko, a principal of Capital City Partners, of Washington D.C., and co-emcee of last year’s Boston Tea Party, is the author of The Websters’ Dictionary: How to Use the Web to Transform the World.

Mike,
any chance of a page of links to recommended bed time reading please?

All,
Anyone know where to download a copy of Alinsky's "Rules for radicals"

I've searched scribd without finding the actual work, just other folks takes on it.

I really do not want to benefit his estate or publishers by buying a copy.

any suggestions?
Thanks
Dick's Dad