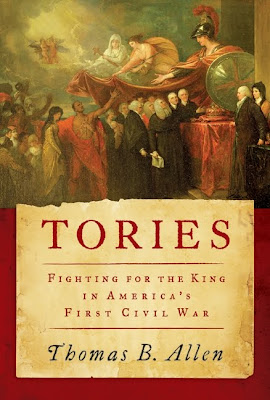 Tories: Fighting for the King in America's First Civil War by Thomas B. Allen. This is an important work on a little-understood aspect of the Revolution, which, as the title states, was America's first civil war.

From the battle at Concord to the battle at Yorktown, Patriot troops fought armed Loyalists as well as British troops. By one tally, Loyalists fought in 576 of the war's 772 battles and skirmishes. Relatively few of these Loyalist-Patriot clashes get much mention in military chronicles. But they did strengthen the solidarity of the Loyalists. They were not merely opposing the Revolution; they were fighting and dying to end it. 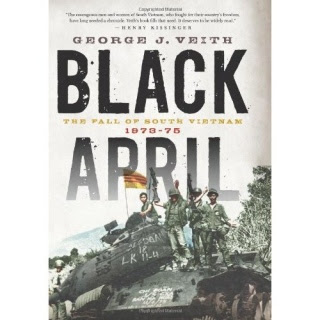 Black April: {The Fall of South Vietnam, 1973-75 by George J. Veith. This work, the most exhaustively researched on its topic to date, will challenge what you think you know about the fall of South Vietnam. It doesn't whitewash the military and regime failures of the RVN regime, but it makes plain that they could have held out had we not sold them out by withholding military support. 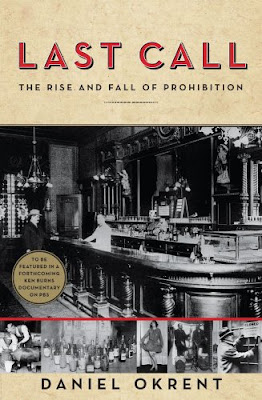 Last Call: The Rise and Fall of Prohibition by Daniel Okrent. This is an amazing book, both for understanding how we got to our present over-powerful federal leviathan and in the parallels to today's firearm prohibitionists.

For example, did you know that we got the income tax because the "Drys" could not overcome the argument that the federal government could not exist without the liquor excise taxes, so they threw their weight behind the income tax to facilitate the ban on liquor? And then, when Prohibition collapses under its own contradictions, that we got the National Firearms Act of 1934 at least in part because the bureaucracy wanted to find employment for the out-of-work Prohibition agents? This is fascinating and timely reading.

I've read the last one based upon a discussion with the author on Russ Robert's Econtalk podcast. The episode can be found here http://www.econtalk.org/archives/2010/06/okrent_on_prohi.html

It can be a tad dry at times, but it does help you to understand why we have the government we have today. (spit) Carrie Nation, may she roast in eternal damnation for what she hoisted upon us.

I'm planning on siting up through my sleepless nights reading "Absolved".

Prohibition never ended . It was only perfected and molded into one of the greatest economic engines yet devised .

And now , it is being spun off into a war on everyone and everything , a war on guns , a war on the constitution . And yet the horde screams to do something about "them".

No monarch would have sold out his country like Clinton, Bush and Obama have done. Under a monarchy, no half-bast#$d would have been leader over Europeans. The election of Obama kind of proves the monarchist point. The Tories were right.