Commentary on Obama's categorical denial on Gunwalker scandal by a DC insider. "Obama is falling into a trap that is probably of his own making." 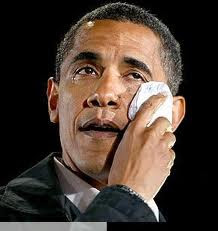 Why won't people believe me without question anymore?

I received this commentary from a long-time DC insider:

If I'd not see this, I would not have believed it. This is proof of some combination of ineptitude (getting caught); not having a Plan B to handle something going awry (unskilled implementers); hubris (thinking that a bunch of pointy-headed intellectual knuckleheads could pull off a strategy so blatantly stupid); and what I'd call a Black Swan (from Nassim Taleb's book of that name, "the highly expected not happening", footnote on page xviii, meaning that President Obama and his retinue expected ATF Special Agents to carry the water, and they didn't.) Instead, they disavowed the activity. Quite profound, in my view.

Where does this go from here? How can President Obama give an exclusive interview to a Mexican journalist, and ignore the U.S. media? That can't and won't last.

President Obama is falling into a trap that is probably of his own making, or which was undertaken with his orders, by talking about Gunwalker. The reason is that every time he talks about Gunwalker, people will associate Gunwalker with him, exactly what he DOESN'T want. He should have offered up a minion, but he didn't. That means the buck is gonna stop with him---figure he's gonna get vicious? If people are going to be held accountable, which people? West Wing or ATF?
Posted by Dutchman6 at 1:07 PM

I think they may be rolling out Plan B. I heard that Holder wants to make it doubly illegal to kill a LEO, after a shooting yesterday. It sounded like those evil guns would be to blame and some sort of restriction would need to be placed on them.

"President Obama is falling into a trap that is probably of his own making," Those afflicted with a serious case of NPD, tend to be their own worst enemy.

And it couldn't happen to a kinder, gentler, more deserving person.

Sounds to me like the nitwh has been taking advice from the hilderbeast, heh, heh.

This is getting better by the day, or hour, even.

The debt the American people owe to Mike and David is incalculable and, unfortunately, largely unknown and unappreciated out side our circle.

That diminishes not a whit one of the most selfless and skillful acts of true Patriotism it has been my honor and pleasure to witness.

I heard the Blame was going on the Mexican Mules for NOT taking the ATFs Gun Safety Course...
Is that Possible? lol