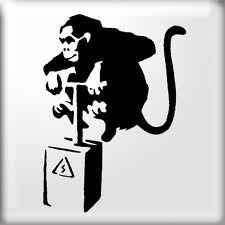 "Let's blow the sucker up anyway!"

Remember The day the earth stood still? Well the attack of the faux terrorists finally came to my town.

BIRMINGHAM, AL (WBRC) – A package containing a pair of shoes caused some trouble for a post office in Birmingham on Tuesday.

A suspicious package was discovered at the downtown post office on 3rd Avenue North sometime before 8:30 a.m. The building was evacuated and the bomb squad was called to the scene.

After the package was detonated, the contents were revealed to be a pair of shoes.

Authorities have not yet said what made the shoe package suspicious.

Another from Carol Robinson of the Birmingham Snooze:

BIRMINGHAM, Alabama - The suspicious package that caused police to shut down streets around the main post office in downtown Birmingham this morning turned out to be a pair of tennis shoes in a shoe box, Birmingham police say.

Police used a small explosion to open the box at 8:48 a.m. so they could see what was inside, police Sgt. Johnny Williams said. The explosion caused a loud boom and caused the ground to vibrate but did not destroy the picnic table on which the shoe box was sitting, Williams said.

Police are reopening the roads around the post office, which were shut down not long after police arrived about 7 a.m. The picnic table was just outside the main entrance to the post office.

Well, thank the Lord they saved the picnic table. That would have been a tragedy. I've got an alternate plan. The next time this happens, the first cop on the scene should whip a five dollar bill from his wallet, locate the nearest urban outdoorsman, and bribe him to go over and take the top off the shoe box.

If it explodes, what have we lost? And it is not like he didn't volunteer.
Posted by Dutchman6 at 9:35 PM

You never know. There could have been one of those deadly toy robots in that shoebox:

These assholes should be charged with a crime everytime they fail to exercise common sense and pull this bullshit. This happens all too often these days. It happened a few years ago in Boston when a company put up a couple of lite brite signs to promote a TV show. The whole city of Boston was shut down so the bomb squad could go out and play EOD war hero on something that was quite obviously innocuos. Common sense and good judgement is something the "Only Ones" no longer posses. Couple that with their "Come home no matter what after my shift" bullshit and you have a recipe for disaster. Guess what asshole, when you took that badge and gun, you accepted the fact that you may not come home after your shift one day. Don't like that? Find a new job. I never heard a soldier, sailor, marine, airmen, coastie, or even a fireman utter those stupid words. I guess some men have the courage and integrity to back up what they signed up for, and some don't. But hey, when the time comes, I'd rather face down a bunch of pussies who take comfort in numbers and will run at the first sign of trouble than a bunch of men who have resolve and determination.

1984 ish... We had to cordon off the BX at Hahn Air Base after someone reported a suspicious briefcase in the front courtyard area. Everyone's stressing as the O-club had been blown up and the Red Army Baader Meinhof Faction was coming to get us. So here comes EOD screaming up, they rig for blow, and BOOM...

Hundreds of yards of brown ribbon go flying into the air...

The poor guy had over a hundred cassettes in his case...

Like the old guy said, "If you can't eat it or Fornicate it, blow it up!"

I hope nobody ever leaves a sleeping baby in a stroller unattended for over a few seconds.