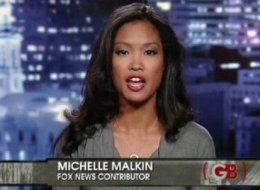 This is, I think, an important step in getting the word out to our side. With folks like Malkin and Laura Ingraham banging on pots and pans for us, Gunwalker will eventually become a household word among the engaged political folks of the Tea Party side of affairs. They in turn will help motivate the the reluctant among the GOP kittens of the House of Representatives. Senator Grassley is a caged tiger, limited by virtue of his minority status. Issa now seems to be fully engaged as well, but lest we get too carried away, the Gunwalker cover-up artists have already stiffed Lamar Smith on his demand to turn over documents by the 18th, I think it was. AND NO ONE ISSUED SUBPOENAS TO ENFORCE IT. Politeness, deference and civility work in favor of the cover-up. The more pots and pans we bang, the faster we will get to the truth. And Michelle Malkin, with her columns and appearances on FOX News, has a very loud pot.

Project Gunrunner's reach and authority continues to grow despite dire, prolonged warnings from insiders and whistleblowers that countless monitored guns have been passed on to violent criminals without being intercepted as planned. Following up on leads first published at www.cleanupatf.org and the blogs of gun rights advocates David Codrea and Mike Vanderboegh, CBS News reported last month that Project Gunrunner "allegedly facilitated the delivery of thousands of guns into criminal hands." . . .

As investigative watchdog Republicans Sen. Charles Grassley and Rep. Darrell Issa step up pressure on the administration to come clean this week about who knew what and when, Obama denied any knowledge of Project Gunrunner on Spanish-language Univision TV. He blithely allowed that "there may be a situation here in which a serious mistake was made. If that's the case, then we'll find out and we'll hold someone accountable."

Coming from a man who appointed crime-coddling, accountability-evading, open-borders corruptocrat Eric Holder to uphold the law, that is a bloody, cruel joke.

Pots and pans my ass , why havent these omlete making assholes been Zomboed already ?

Is it as I suspect and there is much apprehension and fear for most when they even consider mocking the ATF ?

"Politeness, deference and civility" are keeping Republicans from doing what is necessary to dig out Gunwalker info?? No, it's actually cowardice, gutlessness and spinelessness...all typical of Republicans even when the American people are four square behind them.