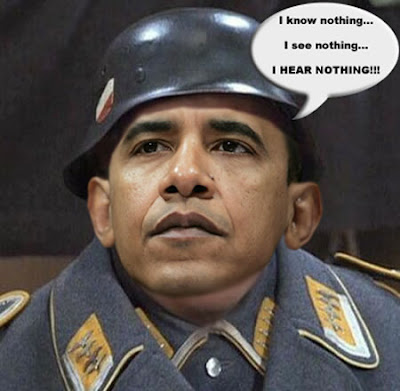 Ramos: "The Mexican Government complains that they were never informed of the Fast and Furious operation, did you authorize this operation and was President Calderon properly informed about it?"

Obama: "Well first of all I did not authorize it. Uh, Eric Holder the Attorney General did not authorize it. He's been very clear that our policy is to catch gun runners and put 'em into jail. Uh. So what he's done is he's assigned uh, a, an IG, an Inspector General, to investigate what exactly happened here."

Ramos: "Who authorized it?"

Obama: "Well, we don't have all the facts that's why uh, the, uh, IG is in business, to collect the facts.

Ramos: "You were not even informed about it?"

Obama: "Absolutely not. This is a pretty big government, uh, the United States government. I've got a lot of moving parts. Uh. But, uh, I want to be very clear, and, uh, I spoke to President Calderone when he came to visit just a few weeks ago our policy is to ramp up the interdiction of guns flowing south because that's contributing to some of the security problems that are taking place in Mexico. And what we're doing is trying to build the kind of cooperation between Mexico and the United States that we haven't seen before, uh, that ensures that, uh, we have a comprehensive approach. Uh, I've said to President Calderone and I've said publicly, we’ve got obligations. It’s not just Mexico's problem it’s also our problem. We’ve got to reduce demand for drugs which is why even though we’ve got obviously significant deficits we’re allocating 10 billion dollars in our budget to try to, uh, reduce demand through prevention programs and education programs. We have to make sure were enforcing, uh, the kinds of, uh, measures that will stop the flow of guns and cash down South that is helping to fuel these trans-national drug cartels. So, we initiated excellent cooperation. Uh, there may be a situation here in which a serious mistake was made and if that’s the case then we’ll find out and well hold somebody accountable.

Ramos: Mexico was not informed then?

Obama: Well, if I wasn’t informed I assure you that Mexico wasn’t either.

Hey Breuer, Melson, Hoover, Chait and Newell. I don't know if you noticed but you've all just been burned, discarded, thrown under the bus by your boss of bosses. "The Secretary has disavowed all knowledge of your actions." 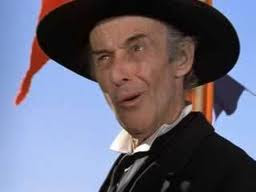 Or, to quote the Reverend in Blazing Saddles: "Son, you're on your own."

Any of you recovering your own sense of self-preservation enough to want to get in touch with Senator Grassley, drop me an email. I'll be happy to make the introduction.

Mike Vanderboegh
ATF Scandalmonger, First Class and the alleged leader of a merry band of Three Percenters.
Posted by Dutchman6 at 11:34 AM

The sad thing is that the sheeple put more interest and outrage into Slick Willie's willie than they will into this.

“I want to be very clear, ... “ I was half expecting him to continue with, “I am not a crook,” But he just went on to state, after rambling a bit, “[O]ur policy is to ramp up the interdiction of guns flowing south …”

Written policy is policy, however actual day-to-day expeditious operations more often do not conform to written policy and are usually, at the very least, condoned and/or encouraged, by administration thereby making what is actual taking place the actual policy. Especially when administration is aware of the improper actions and takes no corrective measures.

He sounds more and more like Rocket Man from the Disney movie. "I didn't do it".

Is THIS what is meant by "Plausible deniability"?

Is THIS what is meant by "Plausible deniability"?

Yeah, except for that, you know, deny ability thing....

I believe I see the curtians moving back stage and it appears to be the faint outline of a fat lady...

Bad Cyborg said: "Is THIS what is meant by 'plausible deniability'?"

May D'Won discover, as many politicians before him, that "plausible deniability", much like those keyfob-sized pepper spray dispensers, is generally more sought after for the degree of psychological relief it offers its users, than for any real protection it affords them.