Just to be clear, even though the Darren Gil interview did not appear on the Evening News with Katie Couric last night, CBS did NOT spike the story.

I received several emails outlining concerns -- one containing a rumor from DC that the story was spiked -- about the failure of CBS to run the Gil interview on Katie Couric last night. After checking with several sources, I am pleased to report that is not the case. Actually, as I said yesterday, I had expected the story to break next week, especially with the foreign news competition. That is what happened, but CBS felt it was important enough to go ahead and get it published without waiting. So they put it on the Web and they will be circulating a TV piece to affiliates and the Up to the Minute program overnight Sunday to Monday.

I repeat, this story is not spiked.

Unless you mean in the metaphorical sense that it is a sharp stick driven into the heart of the conspiracy. 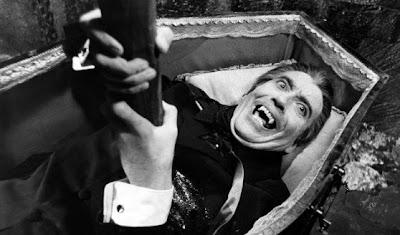 Lanny Breuer reacts poorly to the Darren Gil interview.
Posted by Dutchman6 at 4:38 AM

When is a spike not a spike? When the count gets buried in that coffin and nobody can see that cedar tent peg in his chest anymore.

I thought that in the interests of civil discourse(tm) we weren't going to use the term "STAKE-HOLDER".

How to rid my mind of the image of you dressed as Buffy???