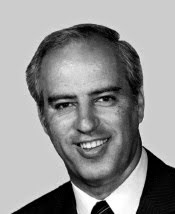 Received this email last night from CPT Jonathan Tuttle. Please draw the attention of your Senators and Congresscritters to it.

To locate, go to http://www.nfaoa.org/resources.html then to the section entitled LETTERS BY MEMBERS OF CONGRESS REGARDING ATF MISMANAGEMENT. Click on the "+" symbol and the section will open; the letter and a writeup about it are is the first item.

In a letter dated November 20, 2010, former Rep. Jim Lightfoot (R-Iowa) welcomed incoming freshmen to the House of Representatives (click here to read it), and urged them to support ATF oversight hearings.

As a former Chairman of the House Subcommittee on Treasury, Postal Service and General Government, Committee on Appropriations, Rep. Lightfoot had responsibility for approving ATF's budget and gained insights into ATF operations. At one Subcommittee hearing in 1996, Rep. Lightfoot heard testimony about issues regarding ATF's classifications of certain AOWs as Curio & Relic firearms (click here to read it); it was the first detailed testimony before the Congress about any NFA Curios & Relic firearms since the NFA was amended under Title II of the Gun Control Act of 1968, effective November 1, 1968.

"[G]overnment agencies all suffer from the 'Blackbird Syndrome.' That's where several hundred Blackbired as sitting on a telephone wire and then suddenly one of them takes off. No one knows where that one bird is headed but the entire flock takes off behind him.

Agencies work the same way. They watch each other like a Hawk (Blackbird).

Pick one or two agencies for the 'Mr. Clean' treatment. Go after them in high profile. You will be surprised how many other agencies will start to clean up their acts.

The Bureau of Alcohol, Tobacco, Firearms and Explosives (ATF) would be a good place to start. It is one of the smaller agencies, therefore completing the audits and investigations will take less time. It is an agency that has drifted for nearly 6 years without a permanent Director.

ATF was recently featured on CNN regarding an agent who blew the whistle on an illegal wiretap and was rewarded wtih exile to an office with nothing to do for two years.

One of their Special Agents in Charge (SAC) was found by a local reporter to be driving a brand new Cadillas with all the bells and whistles plus a police package. His punishment was to move him to DC Headquarters with a promotion.

Check the millions of dollars paid out in settlements to employees as well as the huge backlog of employee complaints being ignored. Compare this to other larger agencies and you will be shocked at the level of abuse and waste.

Bottom line, it is your responsibility and obligation to make these agencies accoutable to yoy and, by extension through yu, to me the taxpayer.

Demanding accountability is where you can make the biggest difference in the shortest amount of time.

It hasn't been done for years. Focus and cut, change Washington not the other way around."

Rep. Lightfoot has other advice -- "Just because an agency head is sitting across from you in a hearing room do not assume he/she is always telling the truth. As Ronald Reagan once said, 'trust, but verify.'"

Unfortunately the oligarchs running things are not concerned with either the will of the people, the rule of law or the constitution. In fact their actions have demonstrated that they could not possibly care less about any of those things. The majority of incumbents have already been co-opted by and willingly joined the oligarchy. I don't (for certain) know what it is but something about working inside the beltway corrodes a person's soul and somehow turns someone who is - at least nominally - a servant of the people into an oligarch. I am aware of only one exception to that process. There was a guy from (I think it was) Wisconsin who ran for Congress promising to stay for two terms and go home. He did so.

No sane oligarch desires an armed populous. In order to have their way and achieve total control over our lives they MUST disarm us. Second Amendment be damned! May Creator God have mercy on all our souls because when the shit hits the fan it is going to be a holocaust to beggar the imagination. Our species will be lucky indeed if it escapes with merely being decimated.

Let me add that "Law Enforcement" in this country has joined the oligarchs in lacking a concern for the will of the people, the rule of law, and the Constitution. And same "Law Enforcement" will be more than glad to disarm everyone except the Only Ones. They are nothing more than Thugs with Guns, and should rot in hell for what they've done to this country.