Another country heard from . . . Another nomination for the Phillipp "Fips" Rupprecht Prize for Collectivist Hate Cartoon Excellence. 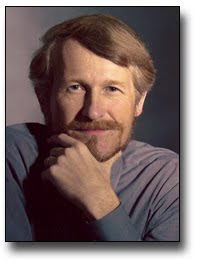 Toles has now made a serious bid for that title. Witness the one below which ran in my own hometown paper, The Birmingham News, on Saturday, 7 August.

Other than referring Comrade Toles to the Bill Clinton 1999 Serbian Rules of Engagement (making cartoonists and other intellectual supporters of tyranny legitimate targets of war), I can only observe that this particular ballgame is not yet in the ninth inning. Were I him, I wouldn't be so certain about the goose egg he has assigned to that first column.

Quite clever.
He would have been one of the first intellectuals to have been stood up against the wall and shot if he had lived in another place at another time (in living memory). Or even some places NOW.
He'd need a long scoreboard indeed to mark down the vast millions of gun owners who have never misused the right.
Regardless of the human toll that the mentally ill and just plain evil -- individuals AND GOVERNMENTS -- exact using firearms as a tool, our right remains.
And if worse should come to worst, oh boy is he ever NOT on the winning side.

Maybe there should be another column with a few check marks on that board in the cartoon.....one labeled "Propagandists"?

Well look at that geek. I'm sure he got the snot kicked out of him in high school and he never had the balls to fight back. No wonder he wants to disarm all you big ugly meanies who tormented him in junior high...

Toles' picture is a study in libtard smog superiority.

These self righteous bastards are so sure that they're smarter than the rest of us, so unaccountably certain that their world view and assumptions are correct and so immune to facts that it's just stunning.

I pray I live long enough to see the looks on their faces when Reality bites them on their soft, lazy asses... to the death!

He doesn't seem to have discovered the Battle of Athens Tennessee. Shall we illuminate him?

To be a progressive liberal or whatever it calls itself you must be ignorant.
It is just trying to set a new standard of ignorance.
Particularly of history. He must have found King George benevolent. just to start the list.

He not only knows it, he is an enthusiastic supporter of it.

Ya know, there's a lot more topic space allowed by that "etc." in the cartoon title. Stuff like murderers, convenience store robbers, rapists, home invaders, drug smugglers, ATM thieves...of course we could go on and on.

And like noted, when that goose egg leaves the left-hand column, Mr. Cartoonist will probably be found hiding under his house, shaking in abject terror. One can only hope...

Uhhh... whether you like the circumstances or not, did'nt ol'Saddam kinda fit that "Tyrant" category??

The appropriate other column is
"fatalities prevented by armed citizens" ... hard to keep a count of that one. The would be perps arent' talking. all the best, cycjec.