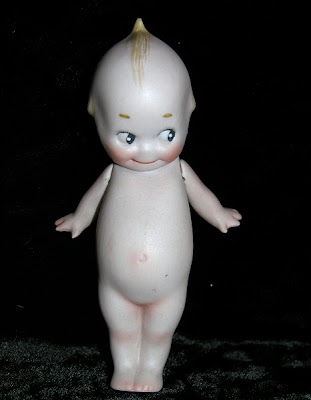 “Give that man a kewpie doll!” — William Holden as Sgt. Sefton, in Stalag 17

"Screw the Founding Fathers. They’ve been dead for 200 years. People like you . . . who spout this sort of crap are the reason we have gun control in this country."

a. Paul Helmke of the Brady Bunch.

b. Diane Feinstein, US Senator, California.

c. Thomas Dodd, US Senator, Connecticut and author of the Gun Control Act of 1968.

If you guessed "e.," you win a kewpie doll. The rest of the quote directed at David Codrea from December, 2008:

"You are the problem, not NRA. Sitting around whining about how things are unconstitutional or quoting bullshit from the Founding Fathers accomplishes nothing. The Constitution is just a piece of paper. If you don’t have the desire and ability to elect people who respect it, your opinions mean nothing. There’s a reason GOA has negligible political influence and others like JPFO have zero. If you think the 2A is an individual right then explain in detail your plan for electing people who agree with you. If you think this Fincher guy has gotten shafted, then explain in detail your plan for electing judges who agree with you."

Mr. Rieper, it seems, is mad at David once again, here and here, this time over the purported ideological chastity of the new US Senator from New York. Poor baby. And we should pay attention to him, why, exactly?
Posted by Dutchman6 at 10:38 AM

i'll tell you why: know thy enemy.

And the NRA's plan for electing the right folks is what? Selling cheap wine? mthead

Government is not the only group that keeps lists.

There are updated files of names, photographs, addresses, account numbers, associates and family members who will contact the "individual of interest" being privately kept.

Something about that doll seriously creeps me out.

Then again, several things about Jacob creep me out even more.

Too bad we can't slice this country down the middle. The liberals and their Marxist ideas will be east of the Mississippi and people who value freedom and little government live west of that river. Where I'm getting at is, I want to see how fast these kinds of people start begging the people in the west to save them when they start getting herded into gas chambers.
Here's the problem. If the gun haters had any real truth on their side than maybe we would have some sort of engagement of the minds. The truth is these gun haters have no real truth on their sides and tell lies and at best have a little truth to twisted logic which is still a lie. These people are acting as fanatics to disarm people with lies and propaganda. This tells me they can't be trusted and I fear the end plan for the people by those who have never lost a seconds sleep over the murders where 50 million babies that have been butchered.
We are dealing with liars who have no problems murdering babies. These same people want to have heavily armed goons who have no real accountability and act as ruthless gangs to control us. I shake my head when I see the sheeple baaaa baaaa along with this crap.
As far as this guy from NY goes, he's a trader and one day hopefully justice will be served and we will see him and the likes of him on trial for treason.

I was in line at the Chantilly gun show last Friday. A NRA hawker was going up and down the line urging people to re-new or join, holding out the promise that if one did this, they got 10 dollars off and didn't have to stand in line.

Which democrat talking point this scheme came from is unknown.

When he asked, "what are you waiting for?" We said, "Are you going to get rid of Larry Craig"

We received an arrogant and terse - with no hesitation - "no."

Those within hearing laughed at him.

I as well was accosted by an NRA recruiter at the Chantilly show. I looked him dead in the eye and said "Do YOU know who Eric Holder is? If you can tell me yes, and ?WHY he is going to be a disaster, I'll join the NRA". The man looked at me blankly and said he had no idea who Holder was. I told him to open his eyes, stop worshipping at the alter of Fairfax, and google Holder's name along with "gun". Then I said, if after all that if you still can't figure out my resistance to joining the NRA, I cannnot help you. Good grief, the guy didn't even have the faintest idea who our AG is.