Bob Wright on seriousness of purpose. 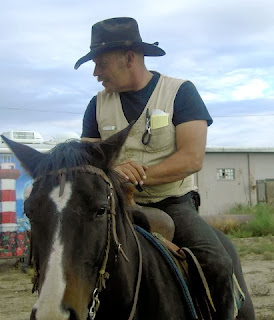 Bob Wright, my long-time friend and fellow freedom fighter has trained a lot of militia folks over the years, including some whose seriousness of purpose was somewhat lacking. There is now a renewed sense of urgency for training and Bob continues to get requests for help, including from some of the same groups who failed the seriousness of purpose test before. As I understand it, one such request came with an implied challenge as to whether Bob had retired from the training cadre business. It was probably not the most politic way to ask for Bob's help. He writes:

Below is part of a response I sent to the leader of a group who we attempted to train some years ago. It may interest your readers.

So If this communiqué is meant to give me a nudge I will say this. I remain loyal to the cause as I always have. I am prepared to give to those, who are willing to receive I, all that I can. But I am through dealing with or tolerating those who have wasted decades of valuable time, hundreds of thousands of volunteers who have been disillusioned with the foolishness and who have encouraged the waste of millions of freedom dollars on gadgets, videos, overpriced weapons and field gear in the foolish belief that this tape, this weekend of talk or this neat-o piece of equipment has in ANY way prepared you for hell that is descending upon us.

Are you and your group ready to do this??? We must be willing to follow as well as lead. I read the blogs with all of the key board commandos regurgitating Sun Tzu, Mao, and Red Dawn and whatever the paid keyboard commando at the gun magazine has to say. I am one of a handful of men in the country today who has actually led hundreds of men, armed, in real world missions, in real world hostile territory and maintained their ability to function, and operate.

People who are serious need not follow me specifically but MUST come to know that those mundane things mentioned above are critical to the success of any attempt to resist this tyranny. It is not optional. These skills and infrastructure have to be or WE LOSE! You must be able to move groups of men with skill and discipline. Where can you go pay someone to train you for this??? You must KNOW the capability of your team to move at night. How do you come to know this??? Read another out of date FM? Watch Platoon again?? How?

When you commit your people to action you must make sure that the action proposed is within their capabilities. But if you have not done the hard, repetitious, hot, dirty ass-in-the-grass training required how will you know what your peoples' capabilities are???? Who is willing to submit to that curriculum? Who is willing to subordinate his Soldier of Fiction fantasy of being a "Sniper” and learn to lead a squad????.

Who’s willing to spend countless hours pounding out good soldiers and good leaders?? Your own group was unable to stay focused a whole day. None wanted to perfect skills that will keep you alive. Give me the short version and move on to something fun, right? Sorry. That will just get you dead and I won’t have that on my conscience.


(If you would like to contact Bob, drop him an email at  wrightstuff505ATyahoo.com.)
Posted by Dutchman6 at 3:24 AM

I agree we must unite (as opposed to succumbing to "diversity" propaganda) but submit?
NOT HARDLY! That's islams gameplan!
Embrace, steadfastly defend or dedicate to unity? Absolutely! Submit? Never.

It's the old strategy/tactics distinction, Anonymous 0803. Strategically, an individual must never submit. That's what this is all about, after all.

Tactically, as Mr. Wright says, that demands extreme organization and discipline, and organization demands a hierarchy. If each individual does his best at what he's best at, including those who put it all together...well, that's how you win.