"When NRA first began our campaign to fire Eric Holder we were one of just a few voices in the wilderness." -- Wayne LaPierre in NRA fund raising appeal. 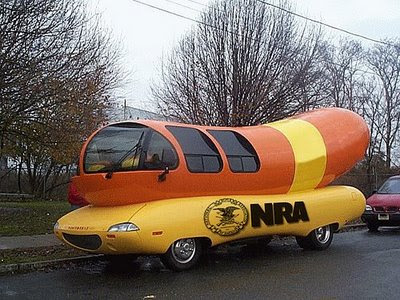 David's right. "Why is this even a fricking issue?"

The endorsement of a powerful gun-rights group is up for grabs in a key Senate race.

The National Rifle Association’s (NRA) decision on whether to endorse Democratic incumbent Sen. Jon Tester (D-Mont.) or Republican Rep. Denny Rehberg (Mont.) could be the deciding factor in what is expected to be a close contest. Political analysts say that the winner of this election could determine which party will control the Senate in January of 2013.

If Tester voted for the likes of Holder and is not on the front lines demanding the truth in the Gunwalker Scandal out of sheer contrition (and he did and he ain't) then why should the NRA back the Democrat sonofabitch? Can the Lairds of Fairfax come in from "the wilderness" long enough to figure THAT out? 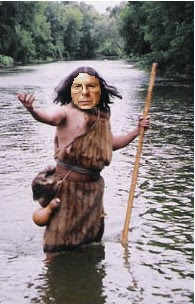 "Yea, verily I say unto you, incumbency hath charms to sooth the savage Fudds."
Posted by Dutchman6 at 5:33 AM

The NRA plays both sides of the political aisle because it is just like the "two main parties". It has self preservation as its true focus and main goal.

Today, the last thing the NRA wants is a country and government that respects the 2nd Amendment (which is why they fought Heller and mucked up McDonald) because that would mean an end to their fundraising capability.

Seriously, these days the NRA has more in common with the Brady campaign than it does most gun owners - they need to keep gun rights murkey and in limbo - so they can stay "in business".

I said it before and I will say it again - the NRA is the largest and best disguised gun control group in the country today. Heck, we have an NRA rep here in Illinois who admitted voting for Mark Kirk, a man who introduced a GUN BAN!

The NRA is no true defender of the Second Amendment. Not by a long shot.

Of what use is the NRA anymore, except maybe to be a lighting rod when the left goes on a rant on firearm ownership.

Unfortunately, if the NRA never supports Democrats, they get tarred by the Pols (instead of just the media) as partisan.MSM sets the rules. Heads, peasants lose, tails elites. Stick it to the peasants in the excretory. orifice.

The NRA darlings can endorse all the social demoncrats they wish for whatever reason - I'll not vote for one - EVER.

NRA are insiders. So as jhn1 said, part of their calculation has to be whether they will be perceived at an adjunct of the Republican Party. No doubt there are also a lot of NRA members who are D's.

Insiders are faced with making calculation after calculation. They are the epitome of utilitarianism. They may care somewhat about the good of members or gun owners generally (in their ever-compromising fashion), but the organization has always to be #1. Iron law of bureaucracy...

Take a look at the following link:

The bottom line is that, due to lack of participation by the membership in how the organization is run, NRA is an organization that could be steered in any direction desired by any small well motivated group.

What is needed, but evidently lacking, is "threeper" members voting for and electing "threeper" candidates for NRA's board of directors. Imagine for a moment an NRA of 4 million members standing behind the work David and Mike are doing. It doesn't matter that the "fudd" majority never heard of David, Mike, or Brian Terry. They don't participate in how NRA is run anyway.

We would need only half of the returned ballots plus one cast for "threeper" candidates. That's roughly 3%. Does that number sound familiar?

The NRA is not a "threeper" organization because we have not decided to make it so.