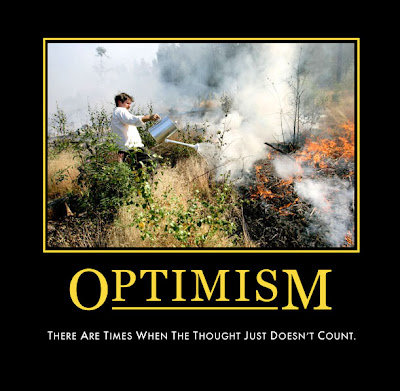 There needs to be at least three of me.

Yesterday was another crazy day. Received yet another document dump of PATCON evidence, causing me to hold off on the article I planned until I can at least scan the additional documents. Went upstate to my beloved north Alabama mountains to meet with some fellows, including a great supporter of this blog as well as someone who was involved in CMA and who knew the PATCON confidential informant source of the Newsweek article back during the Contra War in Nicaragua. I mean, my first requirement when I read about the guy was to find out if he really was as involved in CMA as he said he was. There's a crapton of old CMA hands still around here in Alabama so finding guys who knew him is proving pretty easy. So far, they confirm his account -- within the limits of personal knowledge -- although it is becoming apparent that the FBI picked up on some braggadocio about the surface-to-air missiles in the reports, conflated and confused SAM-7s and Stingers (neither of which apparently were in the country) and made a mistake, deliberate or otherwise, which is reflected in the PATCON documents. If the Gunwalker Scandal is any yardstick, the Fibbies probably owned and controlled both the SAM-7s AND the Stingers. (FBI Scandals in History Pop Quiz question for one hundred: "Where did the Ku Klux Klan bombers of the 16th Street Baptist Church in Birmingham in 1963 get their dynamite?" Bueller? Anybody? Times up. The answer: From an FBI informant, of course, silly.)

(Technical note: "Crapton" is a Blount County, Alabama, scientific shorthand measurement, expressing an amount greater than a "shitload" but less than the weight of all the whiskey that has been unofficially distilled in Alabama from 1818 to the present. In the mountains of North Alabama, a crapton is generally held to be equivalent to a hundred shitloads, although there is some historical dispute about the official crapton-to-shitload ratio conversion shift occasioned by technology when horse-drawn wagons gave way to pickup trucks. That discussion, however, is far too arcane and pointless for these pages. The Urban Dictionary claims that a "crap ton" is equivalent to four shitloads, and I suppose that may be true in Yankeeland but as you can see here in Alabama we take the space out between "crap" and "ton", thus denoting a far denser measurement.)

(Commentary on the technical note: It is evident that despite my protestations, I obviously have too much time on my hands, at least early in the morning. Not as much though, as the guy who made this sand carving: 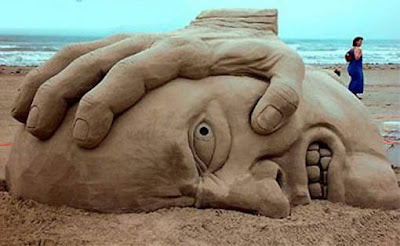 Now this guy really had too much time on his hands, although the work does express how pressed for time I have felt lately, crapton diversions notwithstanding.)

Now, where was I? Oh, yeah. Anyway, I still haven't delivered on that promised project for a friend so I'm going to concentrate on that today. I will look over all the PATCON documents over the next few days and try to come back after Thanksgiving with a major article a day. So don't expect big stuff until then. As the posts and links that follow remind us, there's plenty of other things out there to be outraged about, and to be thankful for, while we wait.

What is the CMA? I always thought it stood for the Country Music Awards, but that doesn't seem to fit the context here.

Civilian Military Assistance. A group which was formed to support the Contras in the 1980s, but which morphed from freedom fighting into some white supremacist wet dream, aided and abetted by the FBI in PATCON.

Is it part of the school of the americas? CMA that is... Seems like the school oughta be tied up in all this neato super covert ops shit too.

Duh! i thought everyone just knowed that one smidgeon equaled 1/crapton..

That work of art seems to me to be the govt. grinding our faces into the dirt.
the mushroom