"Ici London": We interrupt this broadcast for a message from The C.O.W.L. NMS Directorate. Jiggs Casey says John has a long mustache, or something. 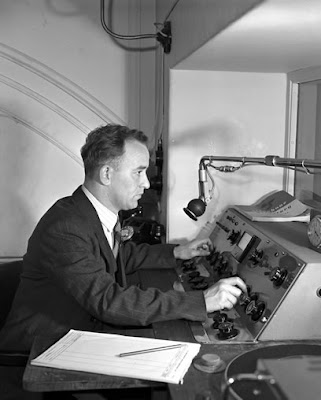 "I got into an elevator at work and this man followed in after me... I pushed "1" and he just stood there... I said, "Hi, where you going?" He said, "Phoenix." So I pushed Phoenix. A few seconds later the doors opened, two tumbleweeds blew in... We were in downtown Phoenix. I looked at him and said, "You know, you're the kind of guy I want to hang around with." We got into his car and drove out to his shack in the desert. I asked him why he lives all alone out in the desert. He said, "Don't tell anyone, but I'm doing secret research for the government." I asked what kind of research. He said, "I'm trying to determine who REALLY built the pyramids. Now, I'm not positive, but I think it was a guy named 'Phil'." Then the phone rang. He said, "You get it." I picked it up and said, "Hello?"... The other side said, "Is this Steven Wright?"... I said, "Yes..." The guy said, "Hi, I'm Mr. Jones, the student loan director from your bank. It seems you have missed your last 17 payments, and the university you attended said that they received none of the $17,000 we loaned you. We would just like to know what happened to the money?" I said, "Mr. Jones, I'll give it to you straight. I gave all of the money to my friend Jiggs Casey, and with it he built a nuclear weapon... And I would appreciate it if you never called me again." -- Stephen Wright.

We now return to our regular programming. 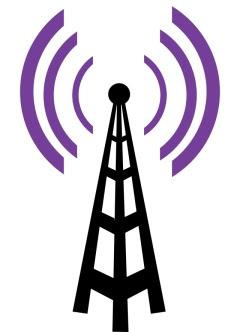 Mike - off topic, but you got dissed by none other than Massad Ayoob:
http://backwoodshome.com/blogs/MassadAyoob/2011/09/25/gun-rights-policy-conference-day-one/comment-page-1/#comment-10104
Seems Dave Workman has inadvertently taken your rightful place.
As you say, better to be despised by the...well, don't quit wanna put Mas in that category, but if the shoe fits...

Are chairs scraping walls and balloons being inflated? Inquiring minds want to know.

the dog has fleas

Naw, Massad didn't diss me -- he just forgot me. I forgive him. I get a lot worse from other folks fer shure. Besides, he gave me an autographed copy of one of his books for my son.

If I told you, you would either run away in fright or laugh your ass off. Probably the latter.

Sorry, but the post will remain cryptic, as in cryptography.

Understood, Mike, and thanx for the clarification.

Back on topic: I had to look up Jiggs to even get some background for this post!

Did someone find a ciggarette case?

Interesting reference to Jiggs Casey as I just watched "Seven Days In May" the other night.

nb Got it, nudge wink nod.

""Did someone find a ciggarette case?""

Or perhaps some incriminating letters?

The Chair is aGAINst the wall!
The angry fat man tripped over the little dog.
Mary had a little LAMB, its fleece was white as Snow, and EVERYwhere that mary Went THE lamb was SURE TO GO!
It followed her to SCHOOL one day - and a big black dog ran up and F***ed IT!

I'm not much on cryptography, but "regular programming" at this particular moment is "Sons of Guns." Here's my attempt at a secret message:

"Women who aren't afraid of high powered weaponry and know how to use it are sexy as hell!"

Okay "Current Programming" is now Mythbusters with Kari Byron playing with RPGs. Now there's something about that smirk on her face as she handles weaponry that should cause ALL red-blooded American males to stand at attention!! There has to be a secret message in there somewhere.

Didn't know we had "Numbers Stations" on the Internet!