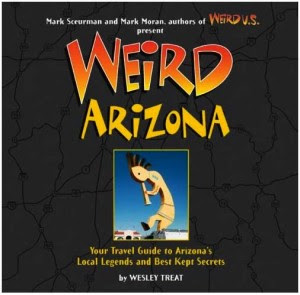 Pat Buchanan was once quoted as saying that the two major political parties represent "two wings of the same bird of prey." When it comes to Arizona, it seems, he was certainly right.

"This guy was Emory Hurley's boss through most, if not all of F & F. None of these clowns have any sense of accountability. Burke resigned, but he wasn't calling the shots on a day to day basis. He was an absentee landlord at best. . . Arizona is a strange, strange place . . ."

For those of you who don't recall exactly where Morrissey fits into the grand scheme of Phoenix gunwalking, let's take a trip down memory lane.

Do you, gentle readers, recall this letter on 1 September from Senator Grassley and Congressman Issa to Acting U.S. Attorney Anne Scheel in Phoenix? It demands, among other things, any communications to or from Mr. Morrissey. Mr. Morrissey, it can then be said, is a current target of a Congressional investigation into the Gunwalker Conspiracy.

Senator Charles Grassley and Rep. Darrell Issa were sent a letter last Wednesday by Luciano Cerasi, Associate General Counsel, Federal Law Enforcement Officers Association, detailing allegations of whistleblower retaliations against Peter J. Forcelli, Group Supervisor, ATF, by the US Attorney’s Office for the District of Arizona and the Department of Justice Office of Deputy Attorney General as a result of testimony he gave on June 15. Forcelli was one of the individuals who appeared before the second House Committee on Oversight and Government Reform hearing into “Project Gunwalker,” where he testified “I believe that these firearms will continue to turn up at crime scenes, on both sides of the border, for years to come.”

The letter goes on to provide details of what has been dubbed the "Grenadewalking Incident," and Mr. Morrissey's role in that fiasco.

In short, the Governor of Arizona has expressed interest in appointing to the Arizona Superior Court an individual whose role in the felonious Gunwalker Conspiracy is at best unknown and at worst a conspirator and cover-up artist himself. Governor Brewer cannot be totally ignorant of this, even if her vetting process is being run by a college sophomore with basic access to the Internet.

What the citizens of Arizona think about this surprising turn of events remains to be seen, for as one of my sources said, "Arizona is a strange, strange place . . ."
Posted by Dutchman6 at 6:02 AM

How convenient for DC to have a lame duck, Washington kissing guv in Brewer to help them deposit folks such as Morrissey into the deepest folds of the political establishment. You say Arizona is a strange place. You should try living here (perhaps you do). Thanks much for this gem of information. I doubt I'll see it anywhere else.

Governor Brewer had better be asking some very pointed questions.

I know one thing, she had better think hard about what she is doing and then come out and do some in depth explaining about what she has done and why.

She has some vetoes that make no sense and now this. I hope she understands that voters are puzzled, very very puzzled by her decisions and will exact that come election day if she does not fully explain what the heck she is doing.

Strange will become estranged in her case if she does not - and that is as it should be.

Choke your motors for a bit. The Governor fills all judicial posts from a list of three finalists sent by a judicial selection panel. Sucks, but the voters passed that system way back. She would be expected to interview all three. So far, no bad.

Might be and good to watch it from here.