Hitting the silk. Another important State Department functionary bails out of the crashing Gunwalker plane? Hillary as Gunwalker zombie. 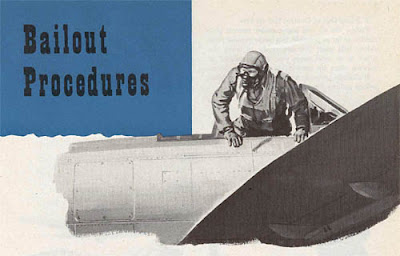 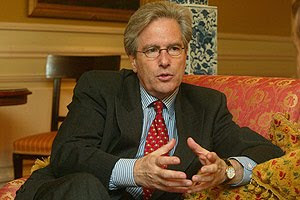 "Look. It is better to bail out BEFORE the plane hits the ground. Besides, this was Restrepo's operation all the way."

The State Department's Assistant Secretary for Western Hemisphere Affairs Arturo Valenzuela will soon leave the administration and return to his teaching post at Georgetown University.

"As you may know the University gave me a two year leave of absence to serve in the administration -- and those two years have come to an end this Spring. Although the exact date of my departure has not been set, it will take place sometime later this Summer," he wrote on May 5 in an email to friends, obtained by The Cable.

Valenzuela's tenure at the State Department is viewed critically by many in the diplomatic community and some in Congress. House Foreign Affairs chairwoman Ileana Ros-Lehtinen (R-FL) issued a statement saying that Valenzuela's time at State was "marked by abject failure by the U.S. to stand up to the attacks against democracy and fundamental freedoms.... U.S. interests have suffered as a result."

He has been criticized for being out of the loop on high-level administration policy making, lacking strong relationships with regional leaders, and ineffectively maneuvering through the State Department's complicated and politicized bureaucracy, according to two Latin America hands based in Washington.

By the end of his two years at State, Valenzuela was somewhat sidelined in the policy process, as regional ambassadors bypassed him to work directly with the office of Secretary of State Hillary Clinton, Deputy Secretary Jim Steinberg, or the NSC Senior Director for Western Hemisphere Affairs Dan Restrepo. (Emphasis supplied, MBV.) 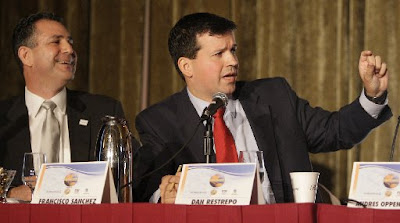 Readers will recall Restrepo, the National Security Council guy that I previously fingered as the probable Oliver North of the Gunwalker scandal. Rogin continues:

Clinton is said to have preferred to deal with two ambassadors in the region who were extremely active and well-respected -- Ambassador to Brazil Tom Shannon, who had previously served as assistant secretary, and U.S. Ambassador to Mexico Carlos Pascual, these experts said.

"It was not that difficult to marginalize [Valenzuela] because he was already marginal," said one Washington based Latin America hand.

Pascual recently left his post in Mexico City following the breakdown of his relationship with Mexican President Felipe Calderon due to the WikiLeaked revelation that Pascual had criticized Calderon's handling of the Mexican drug war -- and also because Pascual was dating the daughter of a major opposition leader in Mexico.

The State Department announced today that Pascual will be named the new special envoy and coordinator for international energy affairs, succeeding David Goldwyn, who left the administration in January.

(MBV note: So they're not letting Pascual get off the reservation where he might drop some unscripted hint about Gunwalker.)

So who will succeed Valenzuela? Multiple Latin America hands said that one name was on everybody's short list: Bill Brownfield, former U.S. ambassador to Colombia and current assistant secretary of state for international narcotics and law enforcement affairs (INL).

Many experts said that, whatever his faults, Valenzuela was not solely to blame for the administration's Latin America policy, which is widely viewed in Washington as standoffish, unimaginative, and ineffective.

"The problem is ... having a sustained, high-level focus on the region's agenda," Michael Shifter, the president of the Inter-American Dialogue, told the Miami Herald. "That's what's been lacking. It's a policy of fits and starts."

Roger Noriega at the American Enterprise Institute has more:

According to professional friends, Valenzuela was appalled that he had to wrestle over policy with NSC staffer Dan Restrepo, whom he considered a neophyte with sharp elbows. (Emphasis supplied, MBV.) Valenzuela was consigned to putting out fires, and senior career foreign service officers say that his left-of-center instincts cost him the confidence of his pragmatic boss on the 7th floor.

President Obama does not have a deep bench of “politicals” on Latin America issues, and it is likely that the administration will opt for a career foreign service officer to try to stop the slide in U.S. influence in the region.

One possible candidate favored by old hands on Capitol Hill is William R. Brownfield, who has a reputation among Latin America observers as a clever, fearless, and effective bureaucrat. Brownfield also has earned the favor of Secretary Clinton, who appointed him to State’s senior counterdrug and law enforcement post. Some wonder if he would cede a multi-billion dollar budget to return to a regional bureau, but most conclude that he will go where Clinton needs him most. (Emphasis supplied, MBV.)

Hmmm. To be replaced by William R. Brownfield, eh? 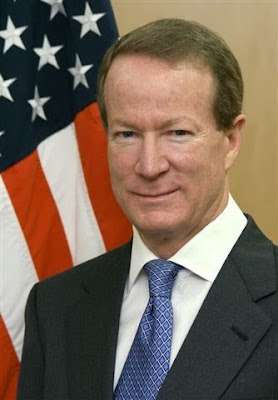 Brownfield was nominated in September 2010 as the new assistant secretary of state for international narcotics and law enforcement affairs.

And what would his knowledge be of the Gunwalker scandal, do you suppose?

"He has been criticized for being out of the loop on high-level administration policy making,"

It won't be long before every ranking official in the administration wishes they had a reputation for being left 'out of the loop' on administration policy decisions.

"Nope, not my doing, they never even invited me to any of those meetings".