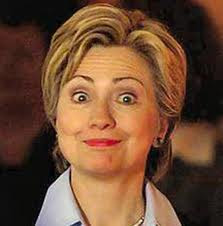 As tumult rages across the Middle East, and relations with Pakistan border on a breakdown, Secretary of State Hillary Rodham Clinton was scheduled Wednesday night to host a private dinner with at least six former Latin American presidents, part of a quiet campaign to repair relations with a region that complains it has been ignored by American policy makers.

Diplomatic tensions have left the United States without ambassadors in Bolivia, Venezuela, Ecuador and Mexico. Free trade agreements long sought by Panama and Colombia — two of the United States’ closest allies in the region — remain stalled by domestic political fights, while China has moved ahead of the United States to become Brazil’s most important trading partner. . .

And the fight against organized crime in Mexico has failed to stem the violence that has left nearly 40,000 people dead, while drug trafficking organizations have expanded their brutal networks in Central America.

Although Mrs. Clinton’s dinner with the former presidents of Mexico, Colombia, Brazil, Peru, Panama and El Salvador had been in the works for weeks, organizers said it coincided with her sense that years of neglect had resulted in missed opportunities in the region. It also coincides, analysts said, with the start of an American election season that is certain to hinge in some part on Hispanic votes.

Mrs. Clinton has made at least two speeches about Latin America in recent weeks, including one on Monday before a group of politically active Mexican-American leaders. And two weeks ago she accepted — some say encouraged — the resignation of her chief envoy to Latin America, Arturo Valenzuela, igniting soul-searching by diplomats and experts about the expectations for closer ties that were raised by President Obama’s election, and why his administration had failed to achieve them.

Ted Piccone, a deputy director at the Brookings Institution, who helped the State Department arrange Wednesday’s dinner for the six former Latin American presidents, said Mrs. Clinton had begun to “think about the kind of legacy she’s aiming to leave” in the region. He said she had acknowledged that “the United States could be doing better,” and had expressed a desire to “take things up a notch.”

Legacy. Right. Notice there is no mention of the Gunwalker Scandal, of which Hillary's State Department was perfectly informed from the get-go.

Dan Restrepo, Mr. Obama’s senior adviser on Latin America at the National Security Council, said, “Our relationships with the major countries in the hemisphere are in good shape, as evidenced by the president’s outreach in recent months.”

Perhaps Darrell Issa will get a chance to ask him about "the president’s outreach" to Mexico under oath.
Posted by Dutchman6 at 11:20 PM

. . . "to host a private dinner with at least six former Latin American presidents. . ."
That would be. . . . Presidents For Life? Dictators? Tyrants?

Gosh between Al Jizira and Latin legacies, it's a wonder she can still speak English. As for her thoughts, she never has thought American. It's more an Alinski, Soviet, Castro, Che and Mao thing for her.

She got the tee-shirt but doesn't wear it except to DC and California parties.