Brady Bunch fearfully mentions the Gunwalker scandal with a "Disputed And Unconfirmed" spin. 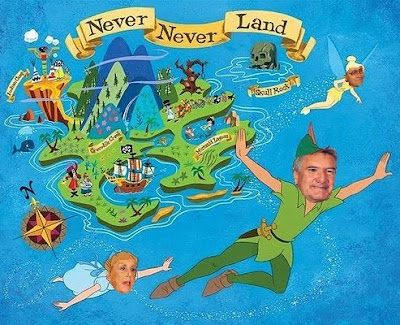 John Richardson, writing at No Lawyers, Only Guns and Money, points out

The Brady Campaign issued a new "research report" today entitled Officer Gunned Down. I won't get into a critique of the so-called study now. Rather, I want to point out what might be their first comment on Operation Fast and Furious (aka Project Gunwalker). . .

Two of the guns recovered at the scene of Agent Terry’s murder were part of a Phoenix-based sting operation targeting major Mexican drug trafficking organizations. The shooting has engendered controversy, as it s alleged that federal prosecutors and ATF permitted 1,998 guns to be purchased and retained by suspected straw buyers in the hope that a major case could be built. While the truth of those allegations are disputed and unconfirmed. it is undisputed that if firearms laws were stronger by prohibiting multiple sales and requiring responsible sales practices, these gun sales could not have been legally completed.

Other weapons from the sting were recovered in May 2010, when a Customs and Border Protection agent confronted an armed band of criminals along the U.S. side of the border. The suspects fled but some of the guns they left behind were traced back to weapons purchased in the sting.

To which John replies:

"The allegations are disputed and unconfirmed? Are the authors of this report living in Never-Never Land?"

The answer to that one is yes, a Never-Never Land of their own making, and they like it there. Paul Helmke as Peter Pan, now that's a hoot.
Posted by Dutchman6 at 12:48 PM

'[I]f firearms laws were stronger by prohibiting multiple sales and requiring responsible sales practices, these gun sales could not have been legally completed."

The ATF was fully aware that straw sales were being attempted and yet insisted that these transactions be completed over the frantic objections of gun store owners.

"Responsible sales practices" are made void when the agency responsible for prevention of straw sales vigorously promotes them.

There is no conceivable justification for giving additional authority to an agency that conspires to circumvent the very laws it is empowered to enforce.

A seared conscience and hopelessly damaged soul is required to argue otherwise. That the Brady Bunch operatives are eager to do so demonstrates their moral bankruptcy.

What will be the story once 'gunwalker guns' start turning up at MS-13 shootouts elsewhere in the USA. Gut feel is that we haven't seen the last of those guns the ATF let walk across the border.

No amount of statutes or regulations can ever suffice if those charged with enforcing the statutes/regulations KNOWINGLY, WILLINGLY and INTENTIONALLY fail to discharge their sworn duty.

"A seared conscience and hopelessly damaged soul is required to argue otherwise. That the Brady Bunch operatives are eager to do so demonstrates their moral bankruptcy."

I'd rather not judge their hearts, Malthus. Only the Creator can do that. Giving them the benefit of the doubt, I will just say that their world view is so skewed as to make their stated beliefs sensible.

I do agree that there is no conceivable justification for giving the BATFE yet MORE authority. That could ONLY lead to civil war coming even sooner.

Sorry, I always laughed at the crocodile in the Peter Pan story, assuming that it was a metaphor for a female of a certain age with a desperately ticking biological clock, and Captain Hook, quite rightly fled the scene whenever she appeared.

[T]heir world view is so skewed as to make their stated beliefs sensible.--BC

Crazy people who create their own reality make the world more sensible?!

I believe the Bradys to be self-consciously evil, but if you wish to defend them from culpability with an insanity defense, I will not argue with you. The important thing is to frustrate their political goals.

The mental contortions the Brady Bunch go through often remind me of two old stories:

1. You are probably familiar with the one about the blind men and the elephant. Each man feels part of the elephant and decides the whole elephant is like the part he can feel.

2. The other one was a novel called "Flatland". The characters are plane figures living in a two dimentional world unable to grasp that there "may" be more than the two dimentions they can experience directly .

What is common to both is the characters' inability to see the world as it exists.